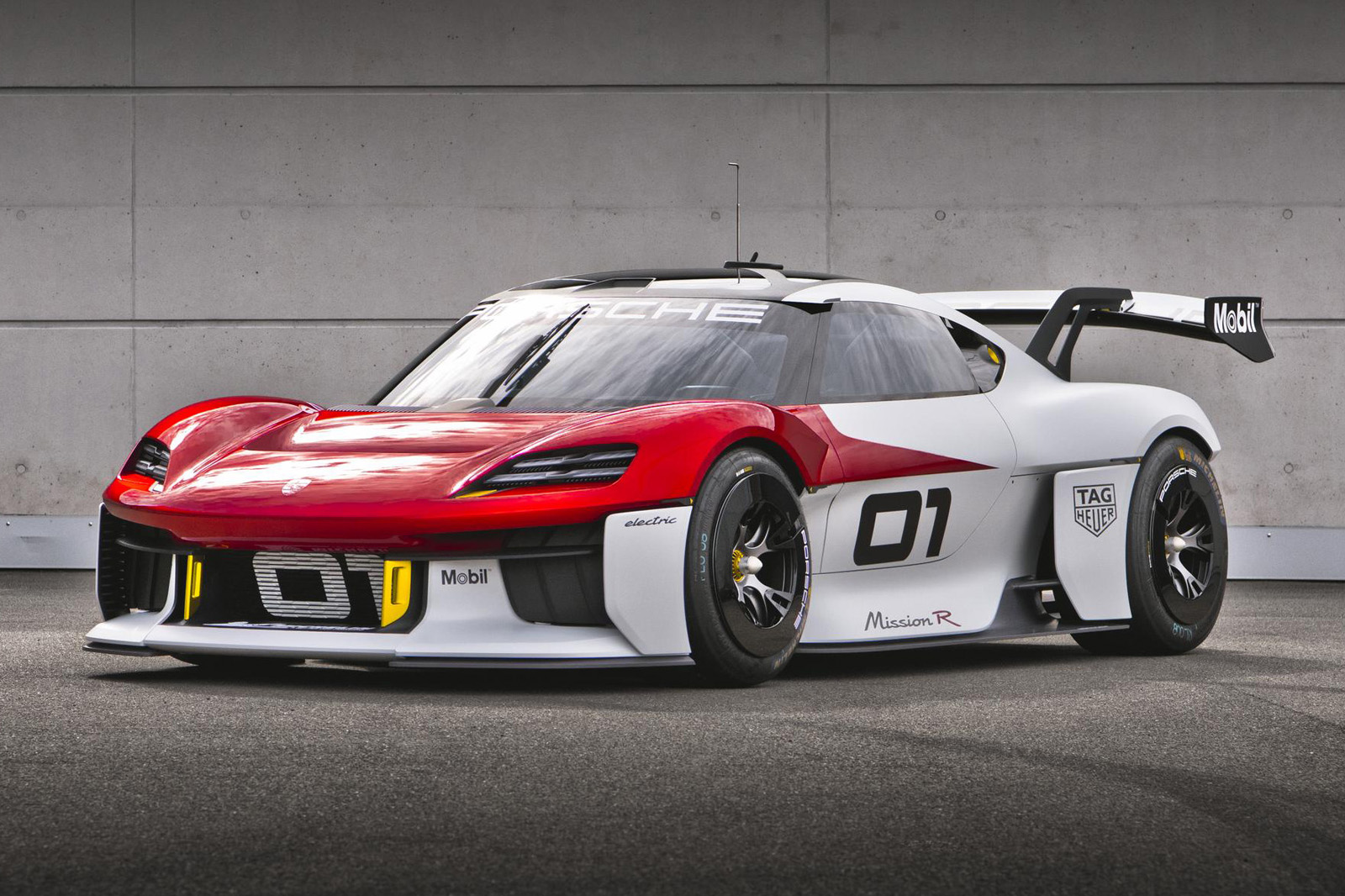 And so we get to the Mission R, which Porsche seems very serious about using as the basis for a one-make racing championship, alongside the Carrera Cup, from 2025 or 2026. That would truly make it the first of its kind: while there has been a one-make electric racing championship before, the short-lived Jaguar I-Pace eTrophy used essentially production-spec cars. While that series was canned due to the pandemic, it proved worthwhile for Jaguar: insights from battery cooling for cars in the series led directly to software updates that extended the range of the road-going I-Pace.

Any future series for the Mission R would take that to the next level. Like the 911 GT3 Cup, this is effectively a bespoke racer that shares some design principles and traits with a likely road car. It’s effectively the first project that really imagines what customer electric racing might look like.

“Working with Porsche’s design department, we had around nine months to work on the project, so it wasn’t possible to create a completely new mid-engined single-seater with an X-Wing Fighter-style design or something,” says Matthias Scholz, Porsche Motorsport’s GT racing boss. “Not everything on the car was matched to current FIA safety regulations and so on, but we had the intention to make an electric GT racing car that really could race in 2026 or so.”

With the aim to match the GT3 Cup car in terms of performance, Porsche knew that managing weight would be a key challenge for an EV. That’s partly why the car is smaller than the 911, at a similar size to the current Cayman (the steel body of which was used as the prototype’s basis). Porsche maintained the mid-engined feel of the Cayman by putting the 80kWh battery roughly where the petrol engine would normally be.

“We wanted a car that was really low in terms of drag, so the silhouette should be as low and flat as possible, which means you want the driver sitting as low as possible in the car,” says Porsche technical chief Michael Steiner. “That means there’s no space for a battery below the driver. It’s one reason why a lot of super-sports cars today have a mid-engined design. With today’s battery cell technology, the heaviest part of an electric car will be the battery, so by putting it where the engine currently is, packaging- and centre of gravity-wise it’s more or less the same.”