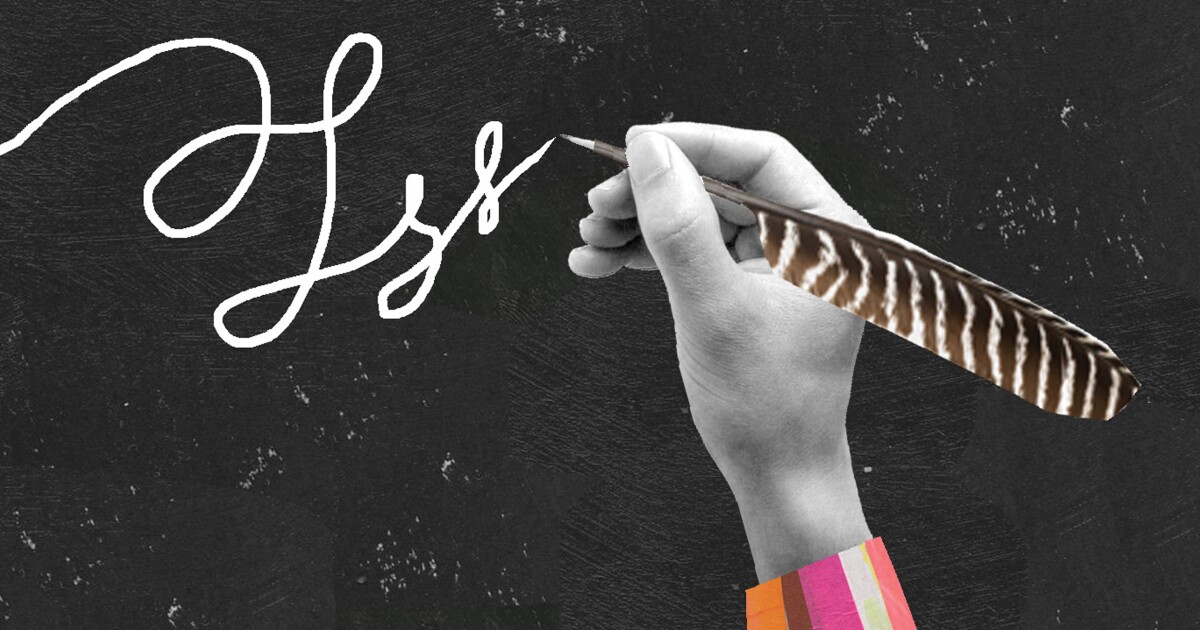 have an M.F.A. in creative writing, which is a terminal degree: the M.F.A. theoretically qualifies you for tenure-track positions in creative writing. But in the M.F.A. world, there is a persistent myth that people get this degree simply for its own sake. That’s what students will be told throughout their M.F.A.: “The purpose of this degree is to give you time and space away from your normal life, so you can write.” At the beginning of my program, professors seemed so insistent that this was not a professional degree — that it was not meant to prepare us for teaching careers — that I decided to poll the eight other people in my cohort. Every single one of them, aside from me, wanted to be a professor of creative writing.

For some M.F.A. candidates, being a professor is even more important than being a writer. One of my professors joked about this phenomenon. He said a student had once come to him and said, “My dream is to have your job.” “You mean you want to be a writer?” The student said, “No, I want to be a writing professor.” The professor was baffled. His dream wasn’t to be a professor. He did it because it paid the bills and allowed him to write.

To be fair, creative writing is a practice only newly associated with the academy: For most of history, it’s been practiced by private individuals with little institutional support. The professors at my program thus had a modicum of cover for assuming that their students wished to treat the degree as a sort of atelier — especially since the program offered us relatively generous funding. (Most M.F.A. programs do not.) Yet even in these circumstances, my peers saw the degree as a pathway into the professoriate.

The case is even starker when it comes to Ph.D. programs in fields like history, philosophy, and literature. Such programs are explicitly professional: They exist to prepare students for academic careers. But here, too, many professors maintain the self-protective illusion that their students seek lives outside academe. This may be true in a few cases, but it is not the norm. Throughout the humanities, students see terminal-degree programs as steppingstones to academic careers. Why wouldn’t they?

y mom is a professor of sociology, and, from a very early age, she was honest with me about academe.

“Naomi,” she said, “being a professor is a great life. If you have a 2/2 appointment like I do, you’re expected to teach two courses a semester. Each will be about three hours of class time and twice that much prep and grading time. That’s about 20 hours of work. Committee work and advising add maybe another 10 hours a week. With research, reading, and grant-writing figured in, I work 60 hours a week. But so what? Everything worth doing requires hard work. And for most of those 60 hours, I have the freedom to follow my own interests.

“Most jobs aren’t like this. Most jobs, at least most office jobs, require 50 or more hours of work each week. That work is closely directed by your bosses. They tell you what to do, and they want updates on whether you’ve done it. You have little freedom or autonomy. You have to show up on time, every day. You get maybe two weeks of vacation a year.

“People complain about how poorly professors are paid, and there’s some truth to that. We have more years of education than doctors or lawyers or M.B.A.s, and we’re usually paid less. But we also have much less debt! And let’s put this in perspective. The median household income in the U.S. is $54,000. In my department, even the starting salaries are much more than that.

“You have to do something with your time on earth. Something productive, something that adds to the world and that has meaning. Being a professor gives you as much freedom as any job possibly can. There is literally no way to be more free.”

That’s it. That’s the spiel she gave me.

Now, I know many of the professors reading this are waiting for the “But …”

They’re saying, “What about the inequities? The unpaid additional labor? The difficult students? The petty politics? Didn’t she mention those?”

Professors tell themselves that the things students learn in graduate school will benefit them even if they go on to work outside of academe. That may be true, but that’s not why students are there.

Of course she did! My mom is a typical professor, who resents all the usual things that professors resent. But, perhaps because she spent five years in an independent think-tank, she recognized what most professors don’t: All the baseline annoyances of being a professor are the minimum most people have to deal with in their jobs. Offices everywhere are filled with petty tyrants. Bureaucracy is exhausting off-campus, too. The worst parts of academe — the politics, the difficulty of starting initiatives, the endless meetings and arguments — are the entirety of most jobs.

The truth about academe is that even if you find teaching and service work to be utterly revolting, they account for perhaps half your time. The rest is given to you to pursue truth and beauty in whatever form you want.

ow, is this true for all academic jobs? Not at all. Most academics teach heavier course loads and/or hold contingent jobs. These jobs often pay less and require more work than nonacademic jobs. Scholars in these roles would, paradoxically, have more time to pursue their own interests if they worked outside of academe.

But most prospective graduate students don’t know all that. And if they do, they believe — often with encouragement from undergraduate and graduate mentors — that they will be among the lucky ones. They are almost certainly dreaming of landing a 2/2 tenure-track job.

This seems so obvious that it shouldn’t have to be noted. There is only one reason that most students do not, in fact, pursue a life in academe, and the reason is a simple one: The field is so competitive that they are highly unlikely to get the job they want.

And that’s the rub. Most professors know that if their students want to become academics, then those hopes are likely doomed. The truth is, many programs don’t have a single graduate from the last two decades in a tenure-track job. Even in top-ranked programs, most graduate students will never find that golden ticket. If professors allow themselves to recognize how many of their students want to be professors, then they must also recognize that attending graduate school is not ultimately in those students’ best interest.

And yet, the program needs students — not just to TA and teach courses, but also to justify the existence of noncontingent faculty at all. Because if undergraduate students can be taught by lecturers, then why employ tenure-track professors? Only to teach graduate students. Thus, year after year, graduate students are invited to sacrifice themselves to the program, simply so their professors can remain employed.

And it is a sacrifice. Even “fully funded” graduate students often take on debt to scrape through summers and deal with emergencies. Graduate school is notoriously rough on students’ mental and physical health. Time spent pursuing a terminal degree means time away from building a more promising career. If you’re not going to become a professor, what’s the point? In creative writing, you can learn to write books without graduate school. And in many other fields, there is simply no way to practice the skills you’ve learned unless you are in academe.

Professors tell themselves that the things students learn in graduate school will benefit them even if they go on to work outside of academe. That may be true, but that’s not why students are there. Imagine if the department’s application page said up front, “If you come here, there is very little chance you will become a professor — so you should only come if you want to improve yourself.” The program would get zero applicants.

The entire system is built on dangling the possibility of a professorship. Students know it will be hard, but they think it’s a possibility. And deep in their hearts, professors know that they are participating in a deception. Merely by admitting students into a graduate program, they are encouraging in these students the unwarranted hope that they might, some day, be competitive for a professorship.

So let’s be truthful with ourselves. Being a professor is a desirable job. Students apply to terminal-degree programs because it’s the first step toward attaining that job. If they’re admitted to a program, then it’s natural for them to expect that they have some hope of achieving that dream. But in reality, for most students, in most programs, the chance of a tenure-track job is nil. To uphold the academic system as we know it, professors need to believe that students have other expectations. It’s a contradiction so intolerable that the only way to bear it is through self-delusion.