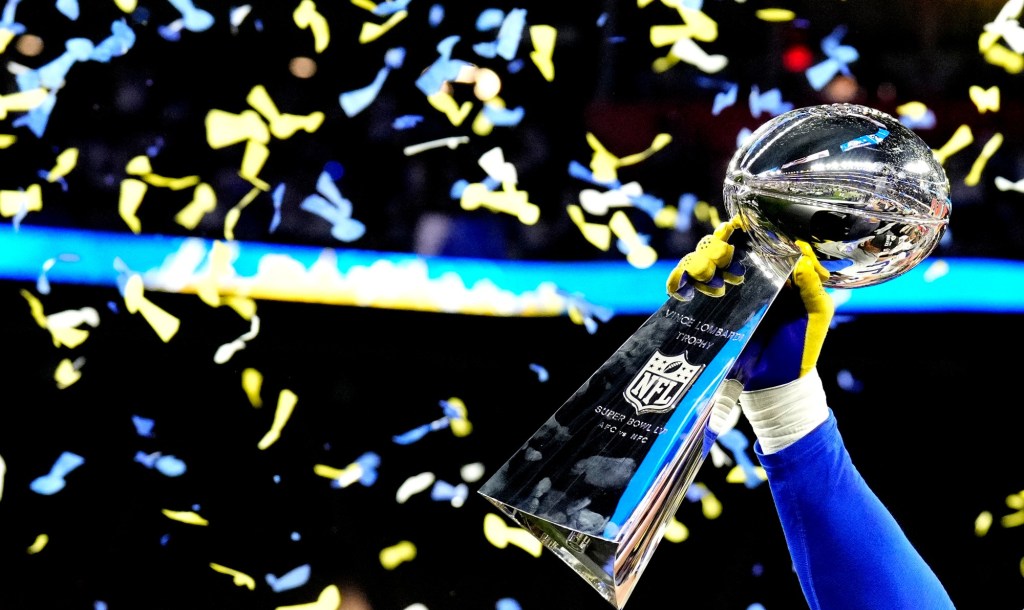 Having brought home a Super Bowl championship, the Rams are taking their prize on the road throughout Southern California.

The team announced it will display the Lombardi Trophy for fans to view and photograph in an 11-stop, two-month tour starting Saturday, April 23 close to the Rams’ training facility in Thousand Oaks and including events in Santa Monica, Riverside and Newport Beach.

The tour will take the Lombardi Trophy as far away as Santa Barbara, San Diego and Mexico.

“We are so excited to celebrate our Super Bowl LVI victory with the fans who continue to inspire us with their dedication, passion and support for our team on and off the field,” Rams Chief Marketing Officer Kathryn Kai-ling Frederick said in the announcement. “This was a historic year for our franchise in so many ways and it was made possible through the commitment of supporters who cheered us on at SoFi Stadium, from their own homes, and in their communities.”

A 23-20 victory over the Cincinnati Bengals at SoFi Stadium on Feb. 13 gave the Rams their first Super Bowl title representing Los Angeles, after the franchise won one Super Bowl during its time in St. Louis.

Most viewings are scheduled for noon to 4 p.m., but details on times, addresses and updates on additional tour stops can be found on the Rams’ website at therams.com/trophytour.

Dates have been set so far for these stops on the tour that the Rams say will cover more than 2,000 miles: