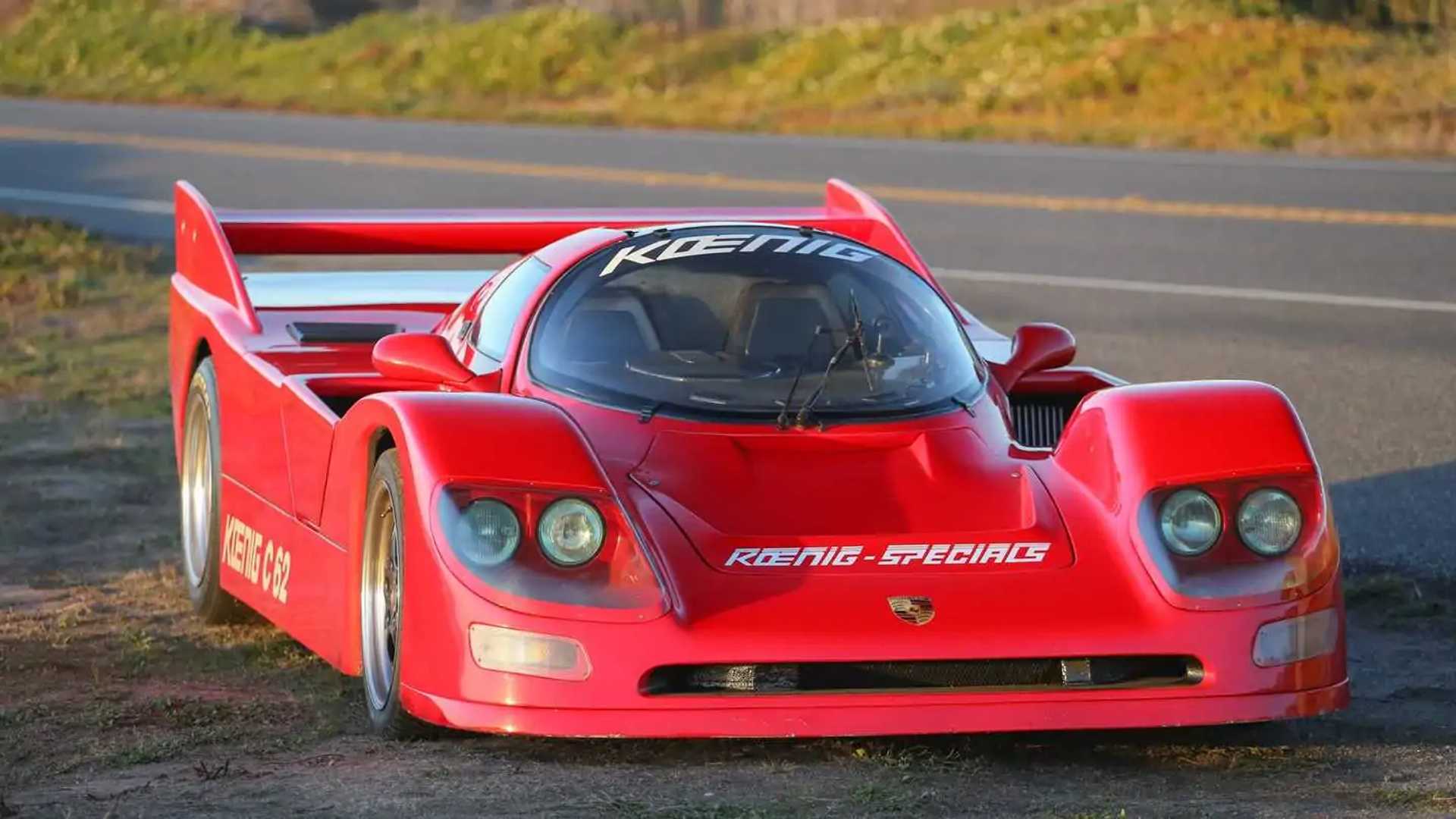 The Porsche 962 is undoubtedly one of the most successful race cars not only in the history of the German automaker but also in the entire history of motorsport. Because it was a long-lived model of which more than 125 examples were built, a large number of prototypes were retired when a series of rule changes were introduced to endurance racing in the early 1990s. By the first half of this decade, practically all built 962s came into obsolescence.

Different companies at the time decided to convert existing examples of the model into road-legal supercars and the first to fully succeed in this mission was Koenig Specials. The Munich-based tuners didn’t simply put headlights and registration plates to the race car but instead heavily modified the entire body and many other components. One road-legal 962 is now up for sale for a serious amount of money but we’ll get to the price in a minute.

Koenig Specials redesigned every single body panel of the car and raised the position of the headlights and fenders to meet the German regulations. As a result, the design of the underfloor had to be modified to offset the revised fenders and ensure an aerodynamic balance. A plexiglass engine cover was also added for easier access to the engine bay during regular light maintenance.

The engine under that cover is a 3.4-liter twin-turbo with a Motronic fuel-injection system and individual throttle bodies. With a conservative turbo setup at 1.0 bars, the motor delivers dyno-certified 550 horsepower (404 kilowatts) at the wheels running with a full exhaust system with catalyzers. The 911-sourced engine is sitting atop a modified suspension for a more friendly road behavior, though the brakes from the race car remain mostly unmodified with the brake pads being the only difference.

Koenig Specials bought the car in March 1990 and its full transformation was completed in July 1991. A month later, it was sold to a Japanese customer at a price of about $1.03 million at the time. The car spent most of its life in the hands of a few different car collectors in Japan before being exported to the United States in 2019. It is now available for sale for a cool $995,000 with the odometer reading just 1,555 miles (2,502 kilometers).