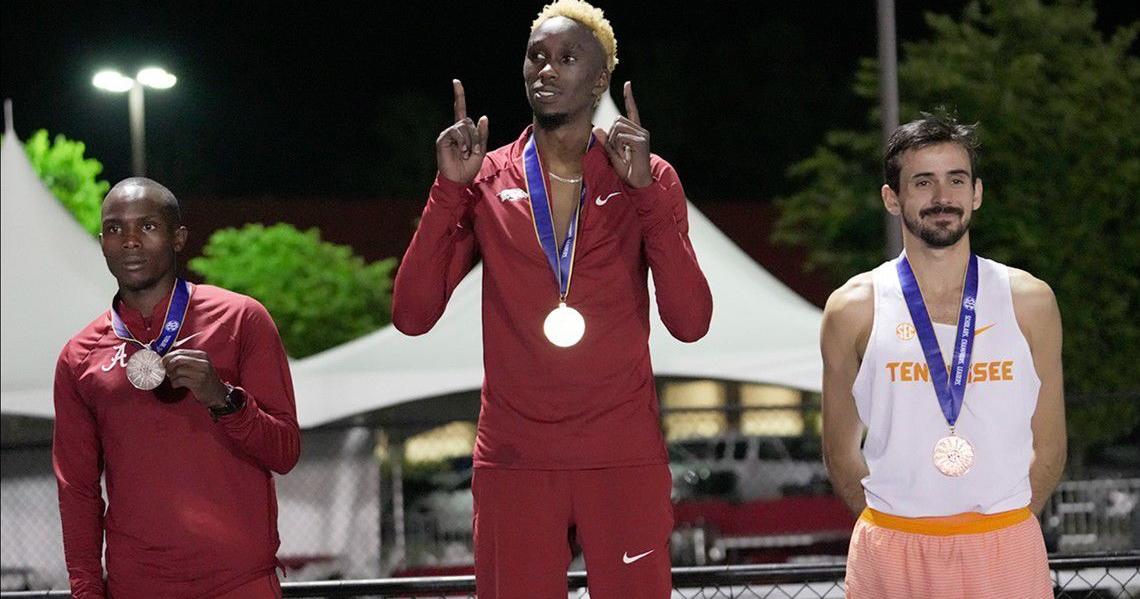 OXFORD, Miss., Arkansas answered the challenge presented by Alabama to secure the team title at the SEC Outdoor Championships by six points, 120-114, on Saturday at the Ole Miss Track & Field Complex.

The Razorback victory earned the team a second consecutive SEC Triple Crown after claiming league titles in cross country and indoor track and field this season. It’s the 17th time in program history to achieve the conference Triple Crown.

In winning the SEC Outdoor title for the 21st time, Arkansas utilized points from various areas on the final day of its three-day adventure.

Opening the day with a 39.24 silver medal finish in the 4 x 100 relay, the Razorbacks added 21 points in the 110m hurdles with four Arkansas hurdlers in the final.

Lemonious led the Razorback charge in the 110m hurdles, placing second in 13.56 behind a 13.28 for LSU’s Eric Edwards. Tre’Bien Gilbert placed third in 13.60 while Owens-Delerme finished fifth in 13.84 and Matthew Lewis-Banks placed sixth in 14.01.

Washington also added a point in the 200m final as he finished eighth in 20.60.

They placed seventh overall while Alabama finished third in 3:02.31.