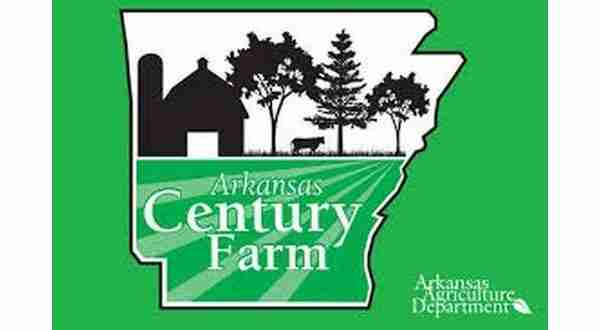 LITTLE ROCK, AR. – The Arkansas Department of Agriculture (Department) is now accepting applications for the 2022 Arkansas Century Farm program. This program recognizes Arkansas families who have owned and farmed the same land for at least 100 years.

“Arkansas Century Farm families have persevered for at least ten decades and have contributed greatly in making Arkansas agriculture the success story that it is today,” said Arkansas Secretary of Agriculture Wes Ward. “As Arkansas’s largest industry, agriculture contributes $19.4 billion to the state’s economy annually and provides one in six jobs.”

To qualify, Arkansas farms must meet the following criteria:

Online and printable applications are available at agriculture.arkansas.gov/arkansas-department-of-agriculture-services/arkansas-century-farm-program/. Applications must be received via email or postmarked on or before May 31, 2022 to be eligible for designation as a 2022 inductee. There is no cost to apply for the program.

Arkansas is home to more than 42,200 farms, of which 96 percent are family owned and operated. Since the program began in 2012, 526 farms have been certified. Find a list of previously inducted Arkansas Century Farm families at agriculture.arkansas.gov/arkansas-department-of-agriculture-services/arkansas-century-farm-program/.