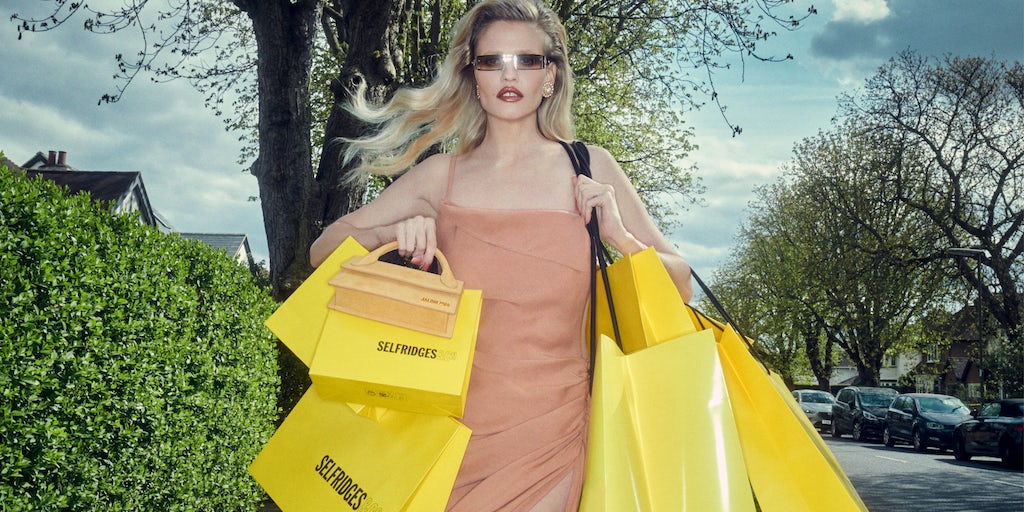 Selfridges & Co. held discussions with potential investors about splitting off its e-commerce business while also considering a potential sale of the department store group, according to people familiar with the matter.

The luxury emporium, best known for its giant department store on London’s Oxford Street, considered spinning off Selfridges.com from its lucrative property holdings, which are far larger than its e-commerce arm, earlier this year, the people said, asking not to be named because the discussions were private.

The Weston Family, the Canadian billionaire dynasty which owns Selfridges, and advisers at Credit Suisse are currently considering a £4 billion ($5.4 billion) sale of the department store group following an unsolicited approach.

It’s unclear whether Selfridges would revive the e-commerce spinoff idea if it received interest from a major investor, and a person close to the retailer said that it’s not currently under consideration. A spokesman for Selfridges declined to comment.

Such a plan would resemble a move from the owner of Saks Fifth Avenue, which agreed to separate its Saks and SaksOff5th websites from its bricks-and-mortar stores via $700 million of investment from venture capital firm Insight Partners.

Saks created a standalone business for the websites with the retailer still controlling the brand’s intellectual property and leading the marketing and merchandising both online and in their physical stores. Rival Macy’s is also facing investor pressure to carry out a similar move.

Founded in 1908 by Harry Gordon Selfridge, the retailer came under control of Canadian businessman Galen Weston in 2003 for almost £600 million. The group has since expanded to other department store chains, including Arnotts and Brown Thomas in Ireland, Holt Renfrew in Canada, and de Bijenkorf in the Netherlands.

The Weston family is formidable in the world of retailing and is split into two branches in Canada and the UK The Canadian wing controls Selfridges, while the UK side controls Associated British Foods Plc, the owner of Primark. WG Galen Weston, the family patriarch, died this year. His children Galen and Alannah, who is chair of Selfridges Group, remain in the business.

Selfridges is among the most famous department stores globally, with a reputation for cutting-edge fashion and a broad range. Its shoe department is among the largest in the word. A considerable part of its value lies in real estate, in particular its London store and nearby property holdings spanning a large section of the capital’s West End.

The retailer does not break out its online sales, but Anne Pitcher, managing director of Selfridges, said early this year that digital sales helped mitigate store closures during the pandemic.

By Scott Deveau and Giles Turner

Can Selfridges Future-Proof the Department Store? Download the Case Study

Selfridges has attracted a bid from a potential buyer at a $5.7 billion valuation, the latest indication that the department store’s big bet on physical retail is paying off. But after a bruising pandemic year, the British chain could struggle to rebound amid a continued collapse in international tourism and a shift to online sales.