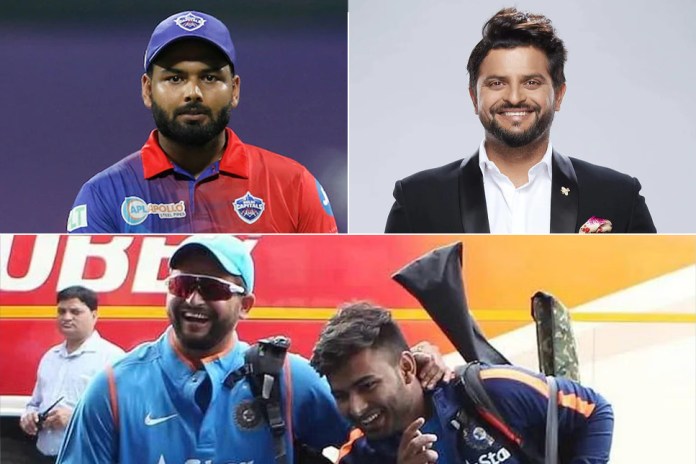 DC vs SRH LIVE – IPL 2022 LIVE Streaming: Former India batsman Suresh Raina has heaped praise on Rishabh Pant’s captaincy, but has urged the wicket-keeper to do better with the bat as Delhi Capitals prepare for the clash against Sunrisers Hyderabad. The Capitals are languishing in the bottom half of the table and face a must-win clash to remain in the playoffs race, and Raina has backed his mentee to come good on Thursday. Follow IPL 2022 LIVE Updates on Insidesport.in.

Former Indian cricketer Suresh Raina claimed Rishabh Pant has done exceedingly well as Delhi Capitals captain and the way he has utilised spinner Kuldeep Yadav in the TATA IPL 2022 is a testimony to the same. Kuldeep has bagged four player of the match awards this season in what has been a year of renaissance for the UP bowler and Raina hopes that now Pant himself can turn his form around with the bat this season.

The Delhi Capitals is yet to score a half-century this season and has chipped in with cameos, and Raina believes a big knock from the southpaw is on the way. Speaking on Cricket Live on Star Sports, Raina said, “Pant for me has is doing great as a captain. He has utilised Kuldeep Yadav very well and now he is winning matches for Delhi.”

“But Pant – the batsman – still has to fire. He is a big player, and with coach Ricky Ponting behind him, he is going to click soon and a big innings is coming soon. Also, I believe Delhi Capitals are not playing like a compact unit. Other players in the team will also have to take up the responsibility and contribute.”

Suresh Raina of course is well aware of Rishabh Pant’s gameplan and how the Indian wicketkeeper operates having trained with him during the lockdown in 2020. Pant had been through a rough patch then and Raina offered the youngster his support and counsel, which proved to be a huge turnaround with Pant starring in Australia just months later. Pant himself later admitted that the time spent with Raina made a huge difference to his game.

Another former India cricketer who spent time with Pant is Mohammad Kaif as part of the Delhi Capitals coaching staff. Kaif believes that Pant has done ‘injustice to his potential’ this season and has to decide on his style of play in the interest of the team.

Speaking on Cricket Live on Star Sports, Kaif said, “Rishabh Pant will have to decide whether he wants to play full 20 overs or he wants to play the role of a pinch hitter. Captain Pant will have to take a call on what’s in the interest of the team. Pant has the potential to win matches alone but his performance as a batsman hasn’t been up to the mark this year. So, I feel there’s the pressure of being successful as a captain and as a batsman too.”