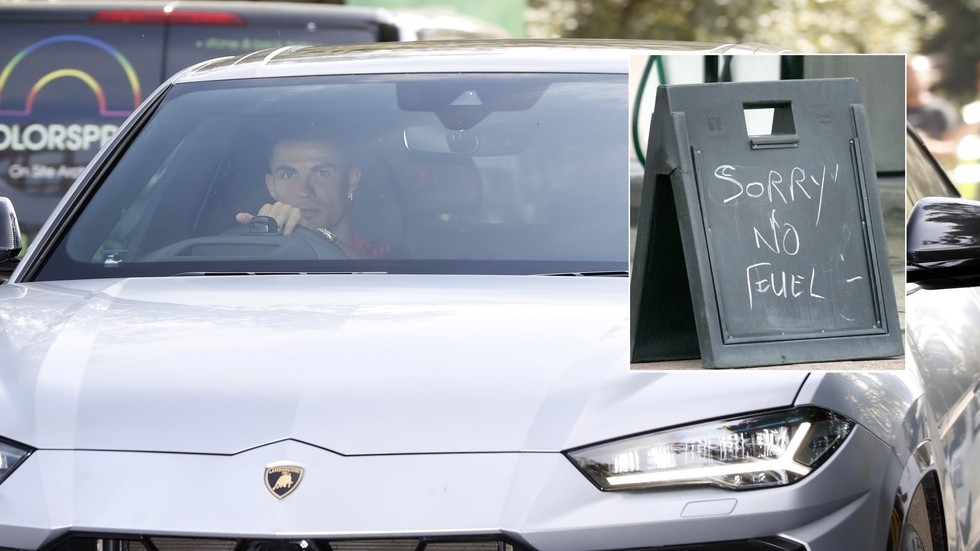 The private driver of football superstar Cristiano Ronaldo reportedly waited almost seven hours to fill up his luxury Bentley a few miles from the Portuguese icon’s home near Manchester, but left the station without a drop.

The $295,000 vehicle was spotted at a Shell station in Wilmslow, with the UK currently struggling through a fuel crisis that has seen many drivers left without gas to get to work and carry out everyday tasks.

A Ranger Rover, which was driven by a member of the 36-year-old’s security entourage, was also parked alongside the Bentley.

The pair pulled up at around 2.20pm on Wednesday, and hoped that a tanker would arrive on the premises to deliver more supplies.

Ronaldo’s driver waited seven hours to fill up £220k Bentley – but left without a dropThe drivers pulled up at 2.20pm, hoping a tanker would arrive at the filling station with supplies.But having waited six hours 40 minutes, they realised none was coming and drove away at 9pm. pic.twitter.com/3n98KnNGZy

After waiting some six hours 40 minutes, though, they decided to cut their losses and drive away at 9pm as Ronaldo was in action against Villarreal in the Champions League and scored a late winner some 50 minutes later.

A source told The Sun that “even with all Ronaldo’s money, he’s in the same boat as the rest of us”.

“His security waited for hours obviously hoping a tanker would eventually arrive but they were forced to drive off.

“The two men looked so fed up waiting in the rain. Ronaldo might be housebound like everyone else if this keeps up,” it was added.

Even if the tanker had arrived, though, the most the driver and security personnel could have purchased was just £30 ($40) in fuel with Shell having introduced a cap to curb panic-buying.

Also boasting a Continental from Bentley, he has been spotted cruising to United’s Carrington training ground in the Flying Spur over the past week but might have to arrange alternative transport given his driver’s woes.

As said, Ronaldo was pivotal in last night’s victory over Villarreal which was their first in the Champions League this season after losing to Young Boys last time out.

“This is why I came back, I missed this club a lot. I made history in this club, and I want to do it again.

“I have to say thank you to all of them [the fans], not just for me, but [for pushing] the team which will be very important especially this season,” Ronaldo concluded.