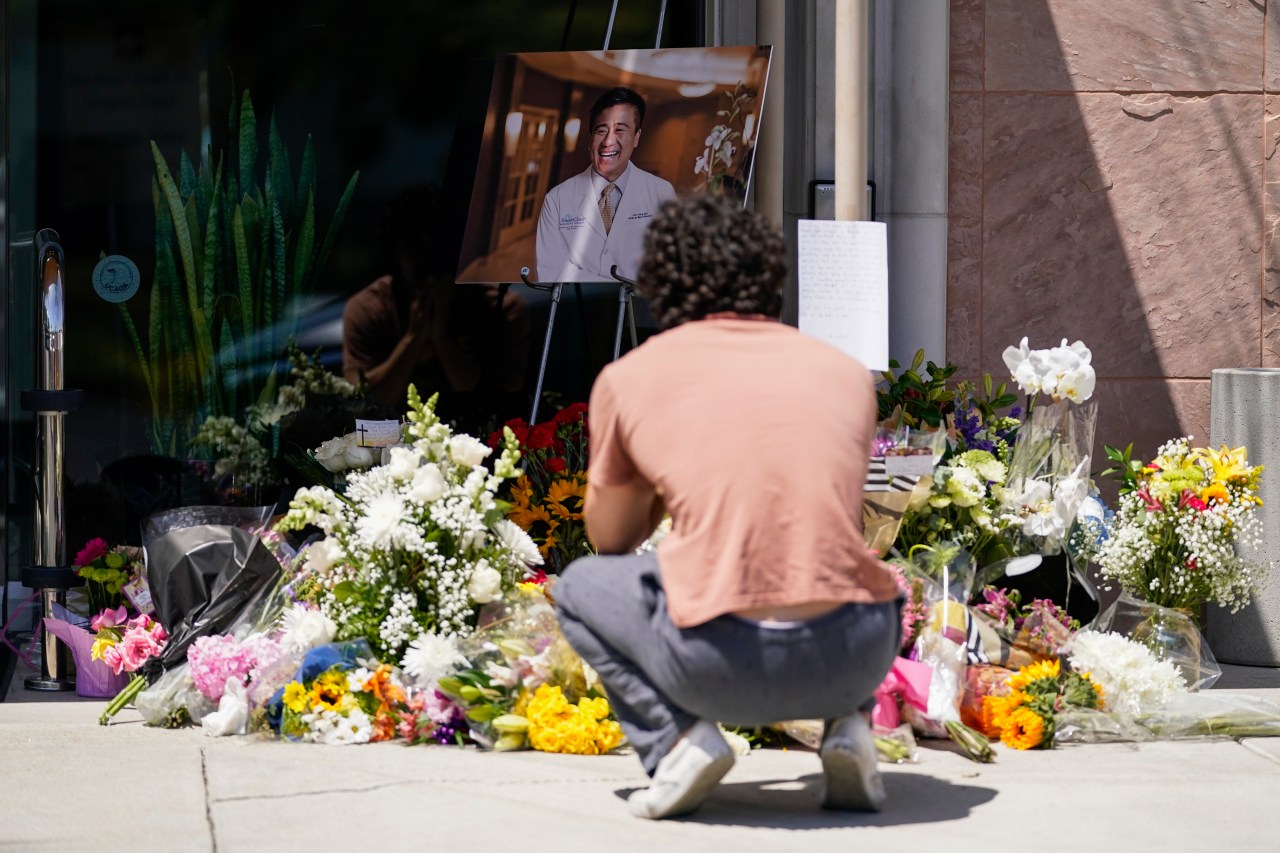 SANTA ANA, Calif. (AP) — The man that prosecutors call a diabolical and crafty monster who staged a deadly shooting at a Southern California church seemed to be a kind and quiet person who shared his food and proclaimed himself a Christian, his roommate says.

David Wenwei Chou gave no warning that he might be planning such an attack, Jordin Davis of Las Vegas told The Associated Press.

“At this point, and everything that’s happened, I’ve just started to wonder: ‘Did you, David, use your kindness and generosity to hide some very dark secrets?’” Davis asked.

Chou, 68, is accused of opening fire Sunday afternoon at a lunch gathering of elderly parishioners at Irvine Taiwanese Presbyterian Church in the community of Laguna Woods.

A local physician who tried to stop him was killed and five other people were injured before Chou was subdued by church members, authorities said.

Chou had his first court appearance by video link Tuesday but didn’t enter a plea to charges of murder and attempted murder. His arraignment was continued to June 10. He will be held without bail.

Chou wanted to “execute in cold blood as many people in that room as possible,” Orange County District Attorney Todd Spitzer said in announcing the charges, which include a sentencing enhancement for lying in wait.

If convicted, Chou could face either life in prison or the death penalty, the DA said.

“This monster crafted a diabolical plan to lock the church doors with his victims inside in order to lead what he thought were innocent lambs to slaughter,” Spitzer said. “But what he didn’t realize was the parishioners at the church that day weren’t lambs – they were lions and they fought back against the evil that tried to infiltrate their house of worship.”

Spitzer said Chou was motivated by hatred for Taiwan, where he was born after his family was forced from mainland China when Communists prevailed in a civil war that ended in 1949. He apparently chose the church at random and didn’t know anyone there before he drove to California from Las Vegas on Saturday, authorities said.

Spitzer said he is considering hate crime charges, and federal authorities are conducting their own hate crime investigation.

Chou, a U.S. citizen who worked for years as a security guard, moved into a four-bedroom home in Las Vegas in February. Davis, his roommate, said Chou often shared his food, usually chicken dishes, and kept to a quiet routine: “come home, go to sleep, take a shower, go to work and just repeat.”

Chou never talked religion but identified himself as a Christian and made a cross in black tape on the roof of his car, Davis said.

The two had few conversations beyond small talk or chatting about Davis’ dog, Zeus, Davis said.

Chou only spoke about Taiwan once, during a conversation less than two weeks ago, Davis said. Chou said he felt the Taiwanese government was corrupt and disliked how people on the island were sympathetic to the leadership.

“He made himself seem like he was basically a political refugee,” Davis said.

At the church, Chou first walked into a worship service, giving his name to the receptionist as “Da-Wei Chou,” and sat in the back of the sanctuary reading one of the church-provided Chinese-language newspapers, according to a church statement issued Tuesday.

Later, prosecutors said Chou spent about an hour mingling with dozens of members of the congregation at a luncheon honoring the church’s former pastor, Billy Chang, who had served the church for 20 years and was returning for the first time since moving back to Taiwan two years ago.

Chou was armed with two legally purchased 9 mm handguns and concealed bags holding ammunition and four Molotov cocktail-style devices in the church hall where the luncheon was being held, authorities said.

Chou wore a black shirt with a word written on it in white that some believed said “Security,” a church statement said.

When Chou began locking the doors with chains, some parishioners who were leaving thought he was a guard. He allowed them to exit and was later seen nailing shut two other exit doors, the church said.

When the gunfire erupted, Dr. John Cheng, 52, charged Chou and was shot but authorities said he disrupted the attack and may have saved dozens of lives.

Chang, the retired pastor, said in a statement that he first thought Chou was using a toy gun as a prank. When he realized it was actual gunfire, Chang picked up a chair and threw it at Chou, who fell on the floor. Chang rushed at Chou and several congregation members held Chou down and tied him up.

“It wasn’t until then I noticed that Dr. Cheng was lying facedown to my front right with three bloody bullet wounds on the back, not moving,” Chang said.

Cheng, who practiced sports medicine, had recently lost his father and had taken his mother to the luncheon. He was well known in the community and liked by his patients.

The wounded included an 86-year-old woman and four men ranging from 66 to 92, the Orange County Sheriff’s Department said. Chang said some have been released from the hospital and others were in stable condition.