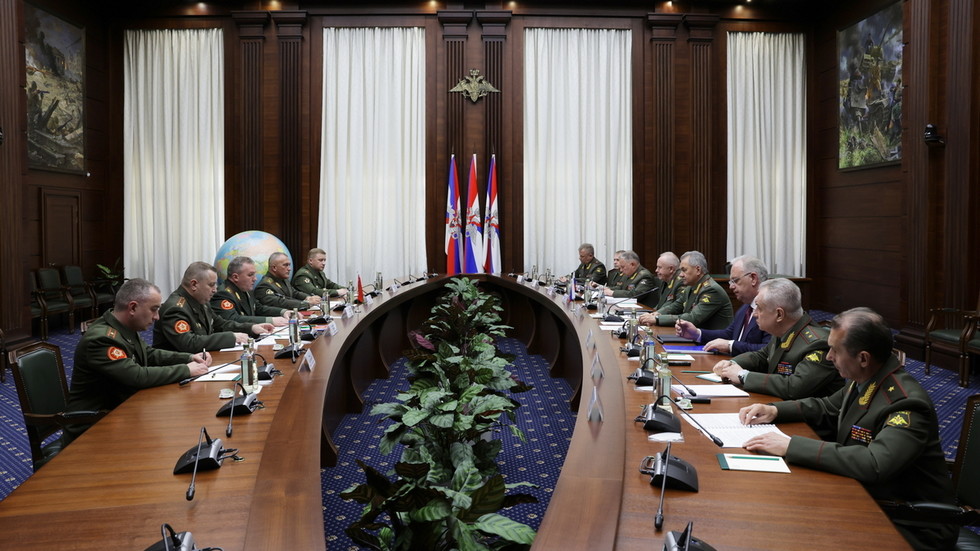 Moscow and Minsk need to take “urgent measures” to bolster their military capabilities in the face of an “undeclared war” by the West, Russian Defense Minister Sergey Shoigu said on Thursday, after meeting with his counterpart from Belarus, Viktor Khrenin.

“Belarus is our most important strategic partner, closest friend and ally,” Shoigu said after the meeting in Moscow, adding that the bilateral cooperation between two members of the Union State is currently developing amid “an undeclared war against our countries” by the West.

“Circumstances dictate the necessity of urgent measures to fortify the defense capabilities of the Union State,” Shoigu said, including the reinforcement of an integrated air defense system. Russia is “ready to provide any support” Belarus might need, he added.


Shoigu also commended the determination of Belarus to “resist the confrontational course of the United States and its allies” and invited Khrenin and a delegation from Minsk to the upcoming Moscow Security Conference and the International Army Games. Russia will share its “best practices” and other interesting discoveries with its allies there, the defense minister said.

Belarus is not officially involved in the current conflict in Ukraine, but the US and its allies have imposed related embargoes on Minsk nonetheless.

Russia and Belarus signed the Union State treaty in 1999, envisioning the establishment of a joint cabinet, parliament, courts and other institutions. While the integration has not progressed very far, Moscow and Minsk announced further plans to strengthen the union last year.