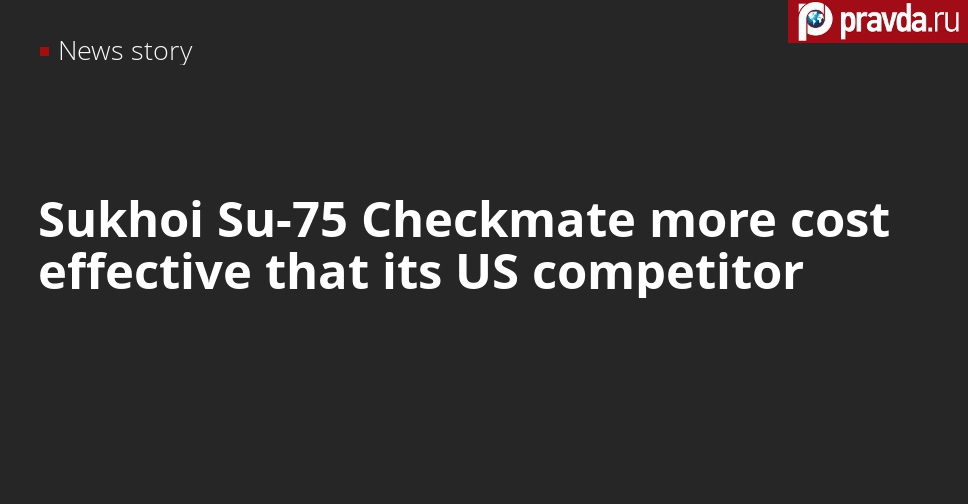 Evaluating the performance of the aircraft, Chemezov said that the American aircraft was the main competitor of the Russian one.


“Our plane is more cost effective than [the American] one. Let me remind you that the cost of a flight hour for the Checkmate is seven times lower than that of the F-35,” the head of the state corporation said.


The main advantages of the Su-75, according to Chemezov, will be, in particular, low visibility and a modern radar unit with an active phased antenna array. In addition, the plane can be amended to meet the requirements and needs of specific customers.

Rostec Corporation unveiled the new aircraft at MAKS-21 air show in July. The single-engine tactical fighter will cost between $25-$30 million USD, Chemezov said. Yuri Slyusar, the head of the United Aircraft Corporation, said that the aircraft, which was unveiled at the air show in July was a model of the airplane that would take off for its maiden flight as early as in 2023.