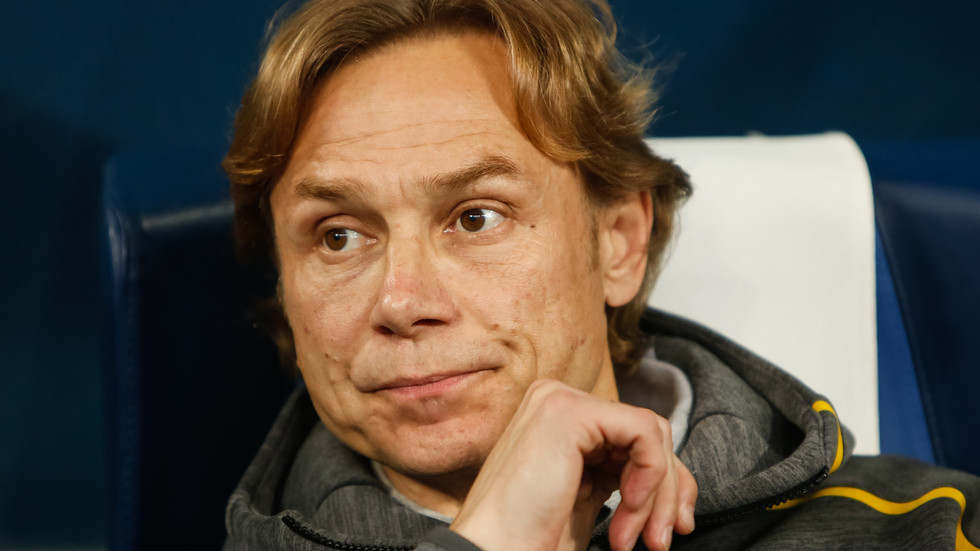 Russia manager Valeri Karpin says the recent flight of foreign stars from the country has left the domestic league imbalanced but has suggested that young talent can seize their opportunity for more game time.

Karpin has returned to juggling the Russian national team job with his role as head coach at Russian Premier League team Rostov, guiding them to a 4-1 win against 10-man Lokomotiv Moscow on Sunday.

Both teams are among those to lose foreign talent since Russia launched its military operation in Ukraine.

Other clubs have bit hit by a spate of departures, but some such as Premier League leaders Zenit St. Petersburg have not seen a major exit of their foreign talent.


Karpin suggested that situation undermined the current state of the Russian top tier.

“It is violated in absolutely everything, I can give many reasons,” Kaprin said when asked about the “sporting principles” of the championship, according to the official Rostov website.

“Some countries, in order not to violate the sporting principle, have banned the registration of new players.

“At a number of clubs in our championship, the players left the team, while at a number of others they remained.”

Karpin said, however, that young stars at Rostov were seizing the opportunity that circumstances had provided.

Among the Rostov starting XI for their resounding win over Lokomotiv were teenagers Andrei Langovich and Viktor Melekhin, while a trio of stars in their early 20s – Kirill Shchetinin, Aleksandr Silyanov, and Danil Glebov – all began the match.

Shchetinin, on loan from Zenit, opened the scoring for the hosts in the 33rd minute of Sunday’s clash at the Rostov Arena, just three minutes before Nair Tiknizyan was red-carded for the visitors.


Having left Rostov last August to focus solely on the Russian national team job for their World Cup qualifying campaign, Karpin returned to the club in March but will also remain in charge of the national team until at least the end of the year.

Under Karpin, Russia missed out on an automatic spot at the Qatar 2022 World Cup when they suffered defeat to Croatia in their final group-stage match.

Russia were later banned from the European playoffs after being suspended by UEFA because of the conflict with Ukraine.

Poland were handed a bye after being due to play Russia in a semifinal in Moscow, and the Poles went on to book their spot in Qatar by beating Sweden in the playoff final.

The Russian Football Union (RFU) is awaiting a definitive ruling from Court of Arbitration for Sport (CAS) on their appeals against the UEFA ban. Thus far, the RFU’s bids to lift suspensions from FIFA and UEFA have been declined.

Karpin previously said it would be a “triumph of common sense” if Russia were granted the right to attempt to qualify for Qatar.