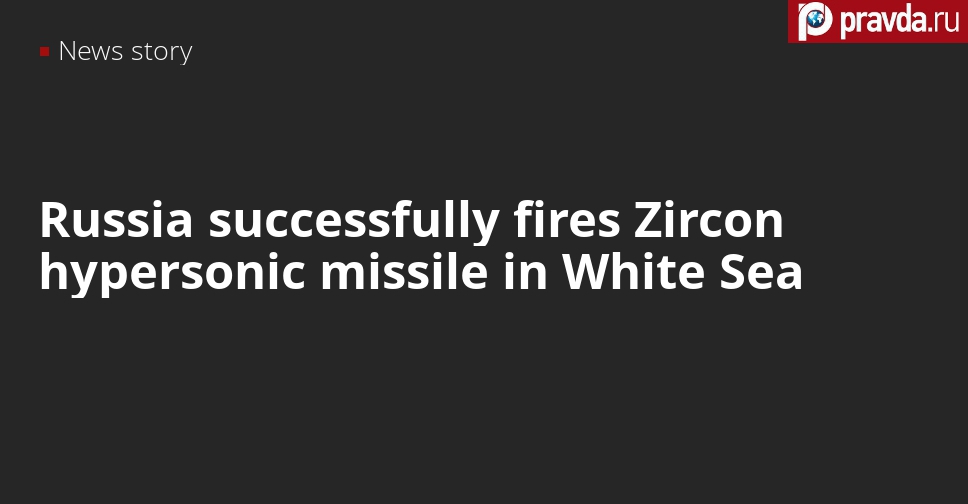 The Zircon hypersonic missile was launched from the frigate Admiral Gorshkov of the Northern Fleet. The missile successfully struck a naval target in the White Sea, representatives for the Russian Ministry of Defense said.


“According to objective control data, the flight of the hypersonic missile corresponded to the specified parameters. The target was destroyed in a direct hit,” the department noted.


As specified by the Ministry of Defense, the launch was carried out at a naval target position located in the waters of the White Sea.


“Surface ships and naval aviation of the Northern Fleet of the Russian Navy were attracted to ensure the firing and enclosure of the area,” the military department stressed.


It was earlier reported that the state trials of the Zircon hypersonic missile would begin in November and continue in December. In total, it is planned to carry out five launches against sea and coastal targets. On August 24, 2021, during the Army-2021 International Military-Technical Forum, a contract was signed for the supply of Zircon missiles to the Russian Ministry of Defense.