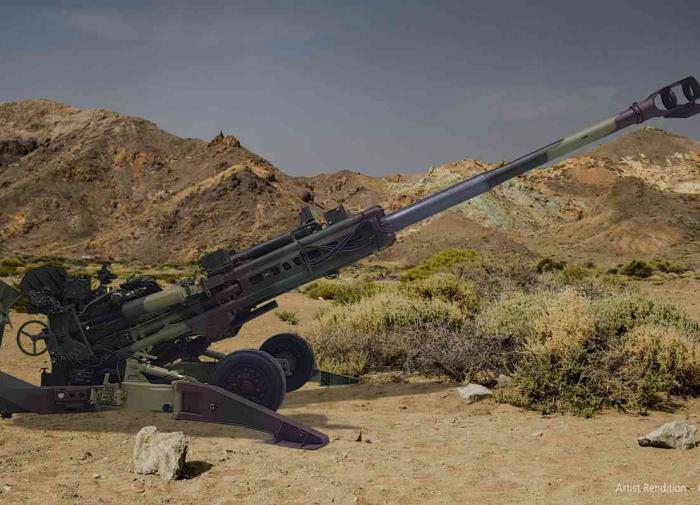 The Russian Ministry of Defense showed a video of the destruction of US-made M777 towed howitzers in Ukraine. The US systems were destroyed by the Russian Kub (Cube) kamikaze drone.

The aerial footage shows a battery of two 155-mm howitzers and Ukrainian artillery crews preparing vehicles for combat. At this time, the Cube UAV descends between the M777 and explodes. Its fragments hit the military and the guns.

On Wednesday, May 18, Major General Igor Konashenkov, an official representative of the Russian Defense Ministry, said that the Russian military attacked a battery of howitzers near the village of Podgornoye.

On May 16, it was reported that the United States delivered M777 howitzers to Ukraine without digital fire control units.

The Russian loitering kamikaze drone Kub-BLA (Cube UAV) was developed by the Kalashnikov Concern. The drone is capable of speeding up to 130 kilometers per hour. Its flight duration is limited to 30 minutes. The range is about 38 kilometers. The drone can carry up to three kilograms of payload.