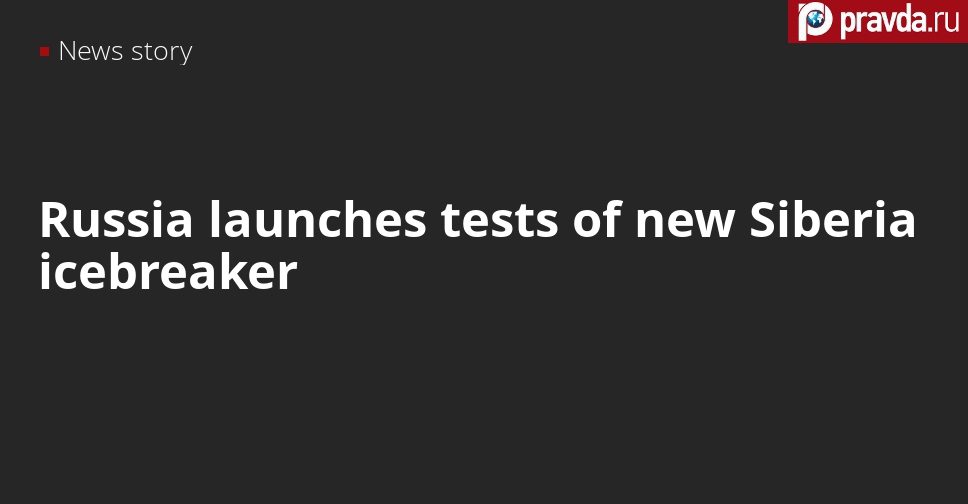 Nuclear icebreaker Siberia of Project 22220 went to sea trials. It will take specialists three weeks to check systems and equipment of the icebreaker, the United Shipbuilding Corporation (USC) said.

The tests will check the operation of the main systems of the vessel. In particular, specialists will test the steam turbine plant, the electric propulsion system and deck mechanisms of the ship. The USC noted that an important stage of the tests will be connected with the helicopter complex, navigation and communication systems.


Project 22220 ships are the largest ice breaking vessels in the world. They are designed for year-round navigation in the Western Arctic.


It is worthy of note that the United States suffers from the shortage of icebreaking vessels. US Secretary of Homeland Security Alejandro Mayorkas pointed out that the USA only had two outdated ships.

In October, Andrey Efimov, Deputy Chief of the Logistics Staff of the Russian Armed Forces, said that Russia would build five icebreakers by 2033.

The construction of the Siberia nuclear icebreaker was started in May 2015. She was launched in September 2017. The ship can break through ocean ice and operate in the riverbed.