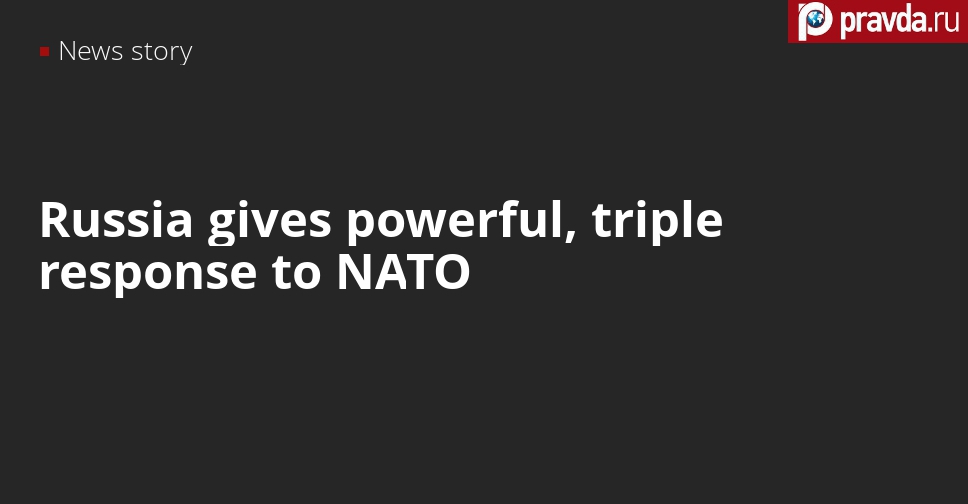 Russia has given a triple response to NATO and the United States that have increased their military pressure on Russia lately, Chinese publication Baijiahao said.


According to Chinese observers, it is unnatural for the Russians person not to fight back if someone starts caning them. In response to the actions of Western countries, Russia has struck three combined blows on NATO,” the Chinese publication said.


First off, Russia has conducted large-scale exercises in the Black Sea with the participation of warships and aircraft. The maneuvers have reminded Russia’s opponents in the West of the power of the Russian army and navy, Chinese specialists said.

Secondly, Russia has launched the massive deployment of the Krasukha-4 electronic suppression systems on western borders of the Russian Federation. These electronic warfare systems are capable of effectively fighting NATO radar control systems, as well as military aircraft and unmanned aerial vehicles.

Thirdly, Russia has sent all of its submarines docked in Kamchatka on secret missions. The authors of the Chinese publication emphasize that the disappearance of several submarines with super powerful weapons on board is worrisome for the Pentagon, especially given the fact that NATO official still do not know where those submarines are located now.