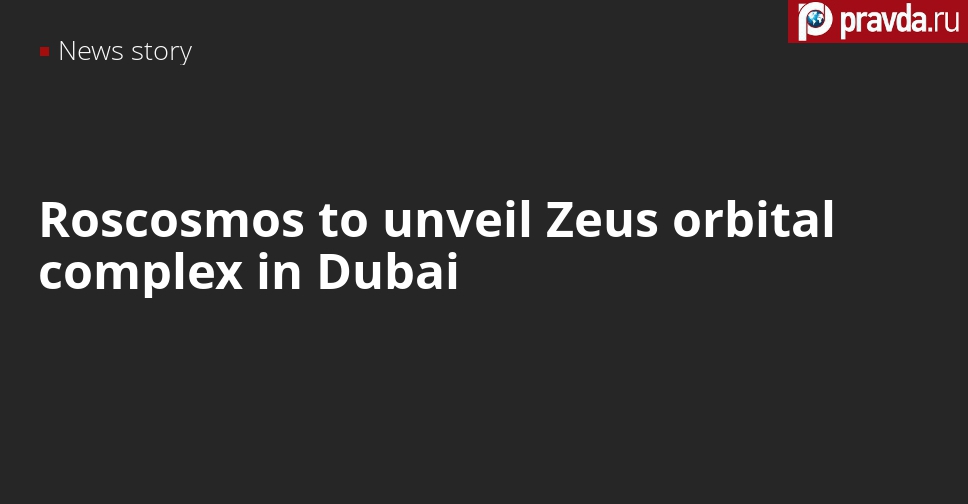 Russia’s state corporation Roscosmos will unveil a model of Zeus orbital complex at the International Astronautical Congress in Dubai, a message posted on the company’s website said.

“Models of the multipurpose laboratory module Nauka (Science), Zeus orbital complex and the transport and energy module will be presented abroad for the first time,” the message says.

Zeus is a nuclear-powered orbital tug. The new spacecraft is to be used for flights to other planets of the solar system.

The duration of the first mission will be 50 months, Alexander Bloshenko, executive director of Roscosmos for prospective programs and science said. It is believed that the Zeus will fly up to the Moon, a spacecraft will separate from it, and then the tug will make a gravitational manoeuvre near Venus, where yet another spacecraft will separate as well. Afterwards, the tug will head towards Jupiter.

Representatives of Arsenal Design Bureau (part of Roscosmos, one of the developers of the orbital complex), said that Zeus would be able to disable the spacecraft of potential adversaries with the help of an electromagnetic impulse. To crown it all, the Zeus will be armed with a combat laser system.

The Keldysh Research Center reported that the Zeus may also be used in a ground-based air defense system as could highlight air targets from orbit. The new orbital complex can also serve for civilian tasks: communications, broadcasting and relaying, cargo transportation and their delivery to the Moon.