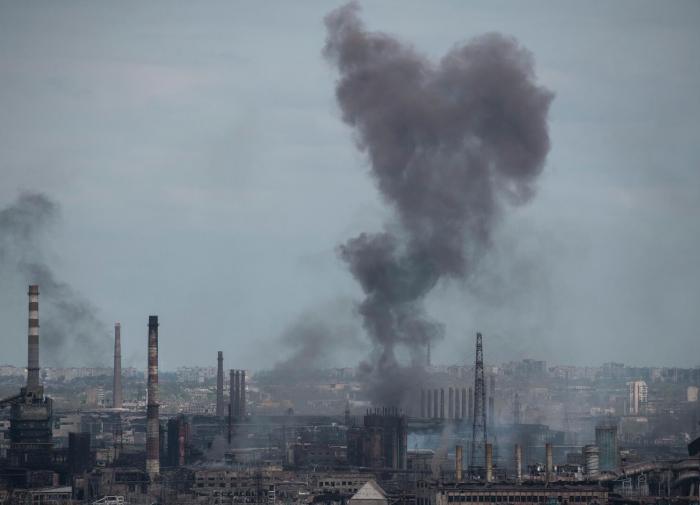 A video of the alleged capture of a group of Ukrainian military men has appeared on the Internet.

It is believed that the video was made in Mariupol.

It was said that about a hundred Ukrainian military men were captured while trying to break free from the Azovstal steel plant.

There is no official confirmation to the video from the military departments of either Russia or Ukraine.

The video shows many Ukrainian military men lying on the ground face down. One of them receives medical help as two servicemen apply a bandage on his leg.