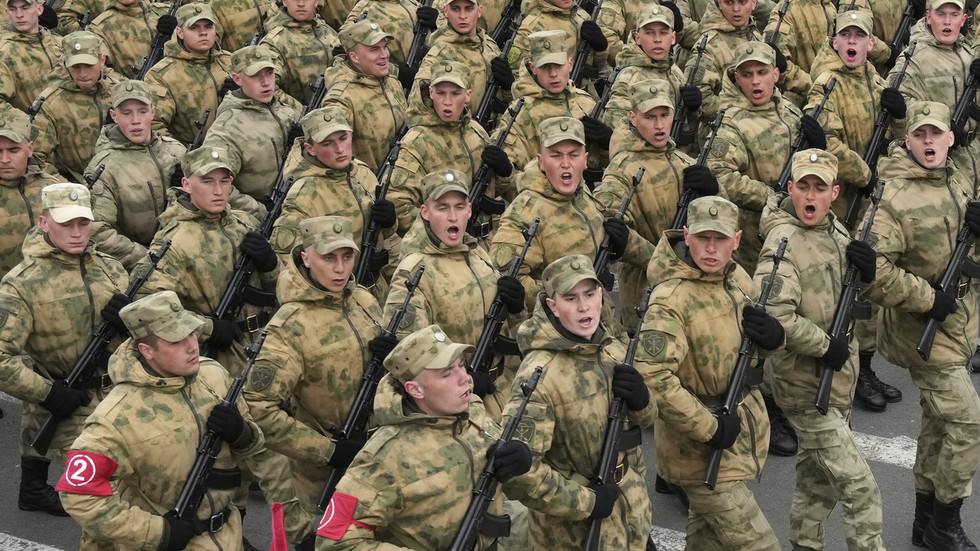 Several high-ranking Russian officials have denied reports that President Vladimir Putin plans to formally declare war on Ukraine and launch a full mobilization of forces as early as May 9.

Earlier this week, unnamed US and Western officials told CNN that the Russian leader was going to use “the symbolic significance and propaganda value” of Victory Day – the day the defeat of Nazi Germany is celebrated annually – to make the announcement.

“No, no, no, I’ll tell you this on air and off air,” Vyacheslav Volodin, Russia’s State Duma speaker told Komsomolskaya Pravda radio station when asked about the prospects of mobilization.

Kremlin spokesman Dmitry Peskov had earlier also slammed the reports as “lies and nonsense,” saying that such suggestions should just be ignored. The possibility of mobilization being announced in Russia was “non-existent,” he insisted.


There are no grounds to announce mobilization in Russia now and there won’t be any in the future, the deputy head of the Russian parliament’s Defense Committee Yury Shvydkin assured.

“Those rumors based on foreign sources are being spread in an attempt to sow confusion and panic among the population,” he said.

Moscow has insisted that what it calls the “special military operation” in Ukraine is going in strict accordance with the plan.

Russia attacked the neighboring state following Ukraine’s failure to implement the terms of the Minsk agreements, signed in 2014, and Moscow’s eventual recognition of the Donbass republics of Donetsk and Lugansk. The German- and French-brokered Minsk Protocol was designed to give the breakaway regions special status within the Ukrainian state.