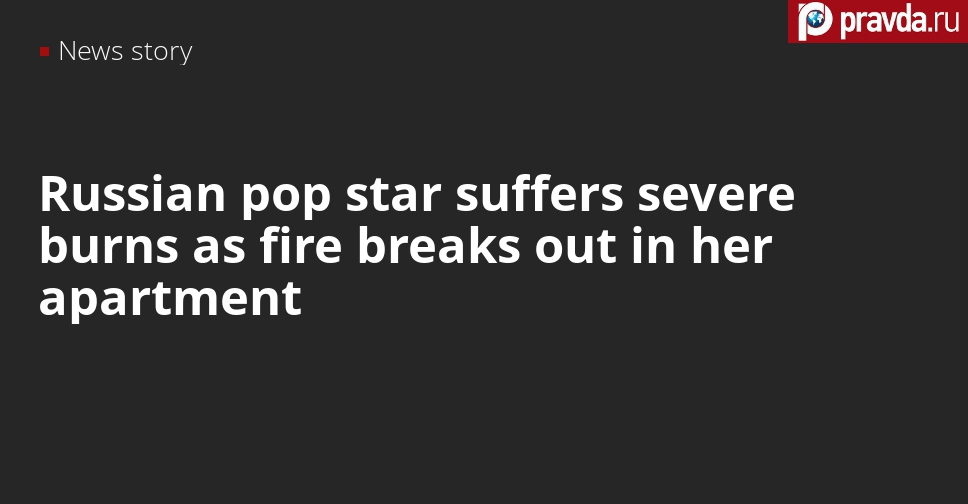 Russian pop singer Marina Khlebnikova suffered severe injuries as a result of a fire that broke out in her Moscow apartment. The singer fell into a drug-induced coma.

The 56-year-old singer remains in serious condition in the intensive care unit of Moscow’s Sklifosovsky Research Institute of Emergency Medicine. The woman could not breathe on her own and was connected to the mechanical ventilation apparatus (IVL).

The singer suffered up to 50 percent of body burns — the skin of her face, torso, legs, as well as her upper respiratory tract was severely damaged in the fire. Doctors diagnosed an inhalation injury.

The fire in the singer’s two-level apartment occurred on Thursday, November 18. It was extinguished at 22:50. Representatives for the Emergencies Ministry who arrived at the scene carried the woman out of the fire in a state of shock.

Khlebnikova received first aid and was rushed to hospital. The singer’s daughter, Dominica, noted that the fire may have started because of a cigarette as she had seen her mother smoking by the window before the disaster. The girl said that her mother was very tired as she had just returned from a tour.

Marina Khlebnikova “A Cup of Coffee”