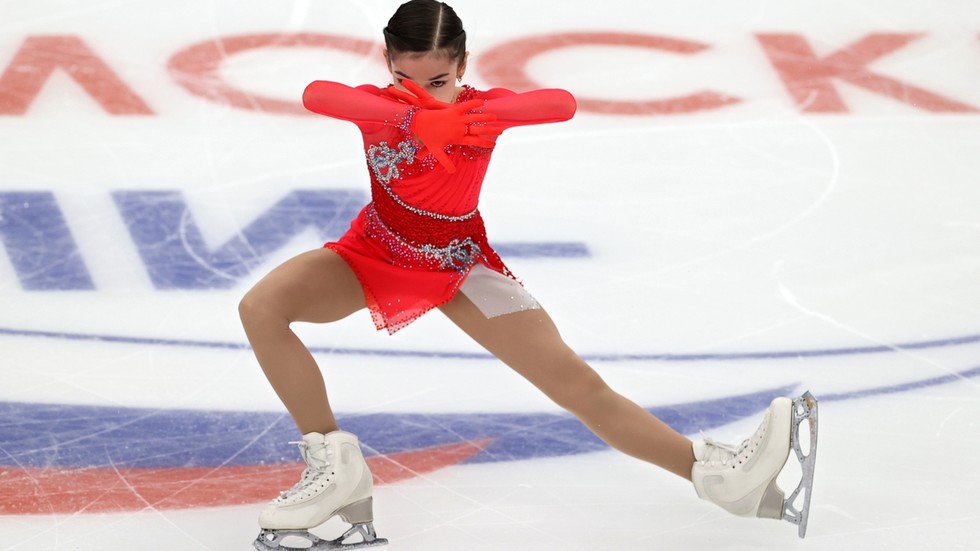 Russian youngster Adeliya Petrosian became the first female figure skater in history to land a quadruple Rittberger in competition as she performed at the Russian Cup in the city of Perm on Friday.

Petrosian, 14, landed the quadruple Rittberger (also known as the quadruple loop) on her way to scoring 147.15 points for her free skate routine.

That was enough to put her in second place overall at the event on 213.26 points, behind Sofya Muravyova, who scored 216.64 for her two routines.

Despite Petrosian’s feat, it won’t be ratified by the International Skating Union (ISU) as it was performed at a national competition. To be officially recognized, it will have to be repeated at an event held under the auspices of the organization.

Budding star Petrosian is part of the group trained by the renowned Eteri Tutberidze and is a former Russian junior championships silver medalist.

Elsewhere on Friday, Russia’s Anna Shcherbakova took the lead at the ISU Grand Prix in Grenoble with a score of 77.94 for her short program. Fellow Russians Alena Kostornaia and Kseniia Sinitsyna placed second and third respectively.

The event in France is the penultimate of this season’s ISU Grand Prix series. The next stage will be held in the Russian Black Sea resort of Sochi at the end of the month, before the ISU Grand Prix Finals in Osaka, Japan, on December 9-12.