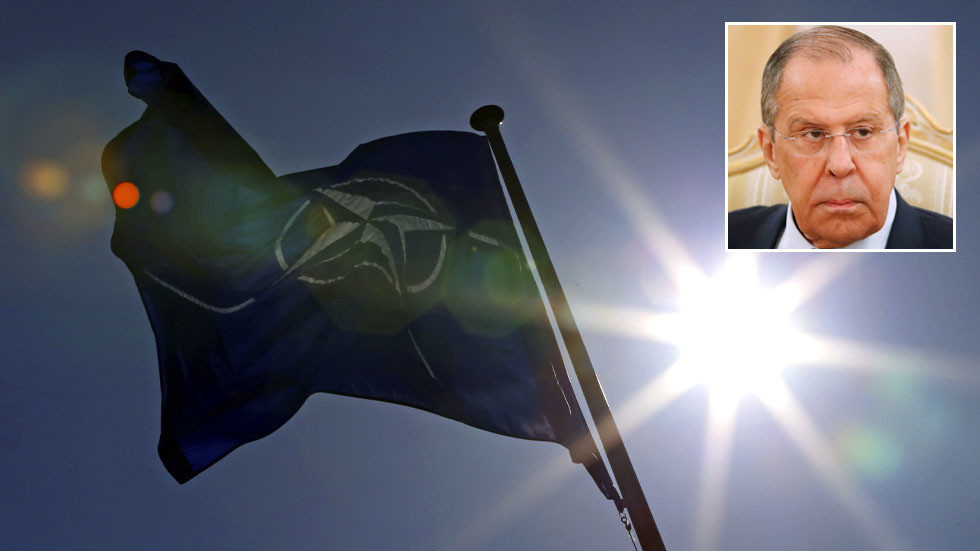 The rapprochement with the West, it seems, is now truly dead and buried. Russia will withdraw its delegation from Brussels, and will send home NATO’s mission in Moscow from next month. The row ostensibly comes after the US-led bloc announced it would expel nearly half of Russia’s envoys, reportedly over unsubstantiated allegations of ‘espionage.’

One might imagine that groups would make better decisions than individuals. The input of a wide variety of views should produce wiser results than one person following his or her biases. Psychologists have, however, identified multiple problems with the dynamics of group decision-making that contribute to the opposite outcome. Groupthink, for instance, tends to produce conformity by suppressing dissenting points of view. And the phenomenon of “group polarization” pushes groups towards extreme positions.


With group polarization, sets of individuals adopt more extreme ideas collectively than each of them would have supported individually before discussions started. The process of discussion hardens attitudes around more radical positions, as the more moderate members of the group change their opinion in order to fit what they see to be the consensus. Thus, a study of US judges showed that, when making decisions alone, they made what were deemed “extreme” judgements 35% of the time, but when sitting in a panel of three, did so 65% of the time.

All this explains why the Russian Federation has long preferred bilateral relations with individual countries rather than trying to negotiate deals with groups of them, such as NATO or the EU. This attitude was confirmed this week by Kremlin spokesman Dmitry Peskov, who remarked that, “It is in our interests that the countries of Europe prosper, but are all independent of each other.”

Individually, the US and its European allies are for the most part capable of adopting reasonable positions towards Russia. Put them all together in a room, however, and suddenly they become all hardline and hostile, as they gravitate towards what they feel is the lowest common denominator among them. Their individual self-interest, it seems, is sacrificed to the general feeling of the group.

It seems that the Russian government has now lost patience with the primary Western multilateral organizations – the EU and NATO – preferring to bypass them to deal with their individual member states individually. Thus Russian Foreign Minister Sergey Lavrov declared earlier this year that, “there are currently no relations with the EU as an organization.”

Lavrov’s announcement on Monday that bilateral ties with NATO marks the end of nearly 30 years of direct relations with the bloc, dating back to the creation in 1994 of the Partnership for Peace program and also to Russia’s participation in the 1996 mission in Bosnia, led by the bloc.

In an effort to come closer together, in 1997 the two sides signed the NATO-Russia Founding Act, which created a Permanent Joint Committee of representatives of both parties. In due course, this led to the establishment in 2002 of a NATO-Russia Council, whose purpose was to reassure Russia about the bloc’s intentions by allowing for consultations on key issues of joint interest.

While admirable in theory, in practice neither the Permanent Joint Committee nor the NATO-Russia Council were able to foster good mutual relations. Part of the problem was that both sides took actions that the other considered hostile: the bombing of Yugoslavia and Libya, and the expansion of the bloc on the one side; the takeover of Crimea and support for rebellion in Donbass on the other. Beyond that, though, the Russians found that dealing with NATO as a group didn’t work out quite the way they had imagined.


It seems as if Russia had believed that, when it turned up to NATO-Russia Council meetings, it would engage in discussions with individual bloc members each freely expressing their own opinion. Instead, what tended to happen was that the NATO members worked out a collective position beforehand and then confronted Russia as a unified front. This gave the Russians no leeway to change individual members’ opinions or influence the bloc as a whole, especially because once a group decision has been reached people don’t like to alter it.

As a result, Russia found the process of consultation extremely frustrating, if not utterly pointless. Rather than being consulted, it felt as if it was being presented with faits accomplis.

Moscow’s decision to withdraw its representatives from NATO is, therefore, hardly a shock, given that they were not, in practice, achieving anything. It is nevertheless symbolically extremely significant. Russia’s presence at the headquarters in Brussels, and similarly NATO’s presence in Moscow, at least indicated an aspiration on behalf of both parties to try to do something to repair their relations. Following Lavrov’s statement on Monday, it’s clear that nobody is interested any longer in even pretending that things might get better.

Not pretending any more

It’s hard to see where things go from here. Moscow will no doubt seek to bypass NATO and the EU, speaking directly to their members. In turn, the two organizations will see that as part and parcel of a deliberate strategy of divide and rule, with Russia being painted as trying to split the Western alliance. This will then be used as further evidence of Russian malice, even though in reality it’s more a product of frustration than anything else. The result may not be entirely to Russia’s liking.

One may wonder, therefore, whether Russia’s move is a wise one. Even if something – like the NATO-Russia Council – is a charade, it can still be worthwhile participating because of the symbolic consequences of failing to do so. By walking away from direct relations, Russia is sparing itself the sense of frustration that no doubt results from every encounter with its Western “partners,” but it doesn’t obviously gain anything.

It is this logic that has no doubt persuaded Moscow to play along with the charade for so long. This week’s decision suggests, however, that the Russian government no longer gives a hoot what NATO thinks about it.

While it won’t make the slightest bit of difference to either NATO’s or Russia’s policies towards each other, it does therefore tell us something very definite about the change in attitudes that has taken place in Russia over the past 30 years. Whereas once Russia’s rulers looked to integrate with the West, now they have slammed the door firmly shut, and made it clear that they intend to go their own way, come what may.