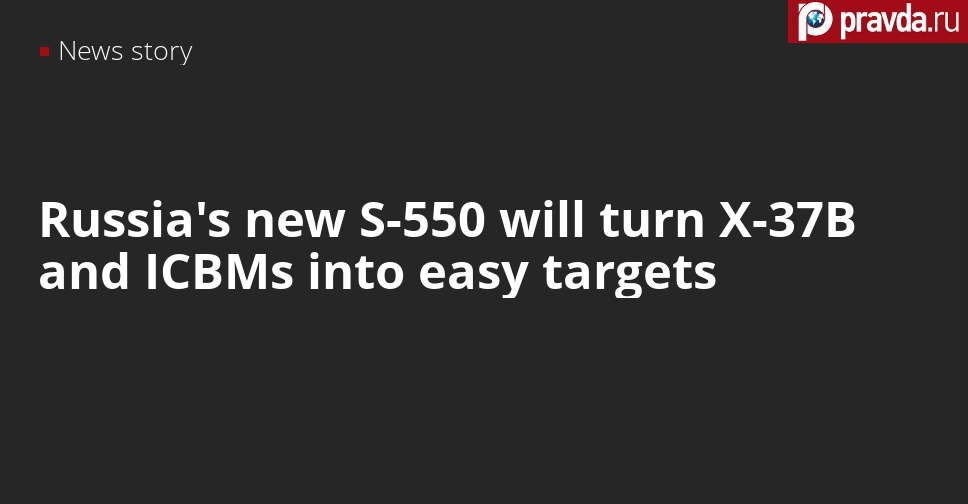 The Russian S-550 anti-aircraft missile system will be even more powerful than its predecessor, the S-500 Prometheus. The new system will be able to destroy intercontinental ballistic missiles, Chinese website Sohu said.

S-550 complexes will also be able to effectively fight and destroy enemy orbital aviation systems. According to unconfirmed reports from sources in the Russian defence industry, these air defense systems are being developed as an upgraded version of the S-500.


The Chinese website referred to the X-37B orbital fighter, which will be an easy target for the S-550. The anti-missile defense performance of the S-550 will be significantly higher than that of its predecessors, even in comparison with the similar US system Aegis armed with SM-3Block llB missiles.


The first regiments of the state-of-the-art strategic missile defense system S-550 are to be supplied to the Russian Aerospace Forces until 2025. This was announced by a source close to the Russian Defence Ministry.