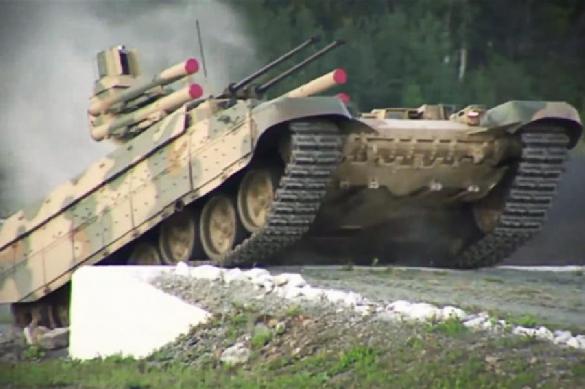 The use of Terminator BMPTs will give the Russian Armed Forces an opportunity to finally shape up the tactics to use these vehicles and determine their place in Russian armor groups. The experience of hostilities in Ukraine demonstrates the need for such vehicles in tank units.

Earlier, Terminator vehicles were spotted in the area of the town of ​​Severodonetsk. The Russian Armed Forces passed Terminator BMPTs into service in May 2018. The vehicles are designed for operations as part of tank formations. It is capable of striking anti-tank weapons and suppressing enemy manpower.

The Terminator runs on the chassis of the T-90A tank.

The BMPT is armed with: