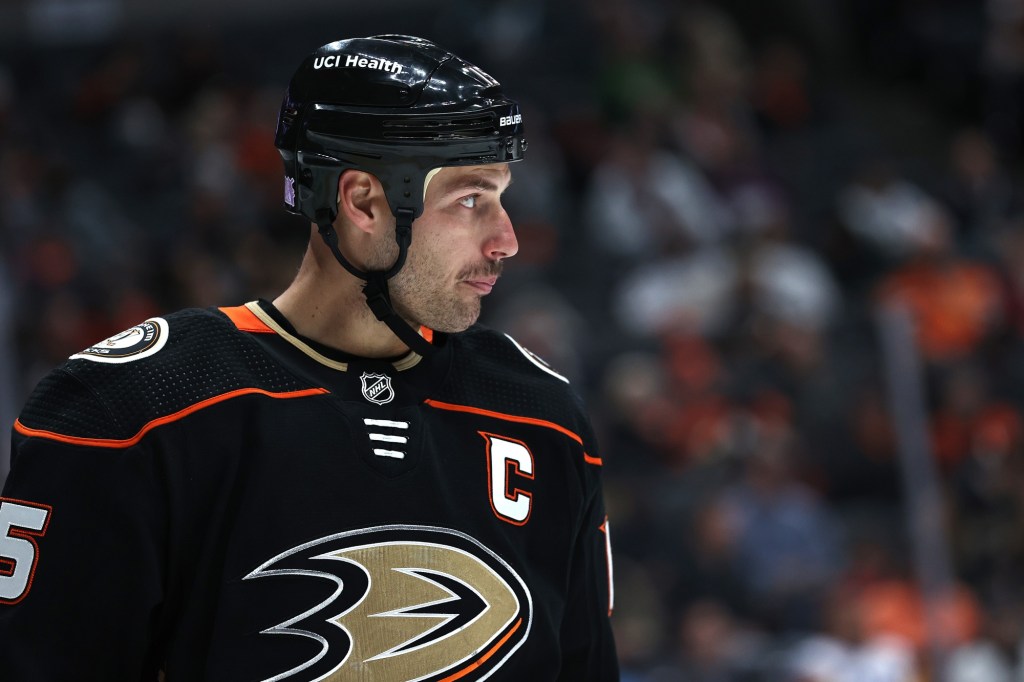 PHILADELPHIA — Ryan Getzlaf skated for a second consecutive morning, but wasn’t in the Ducks’ lineup for Saturday’s game against the Philadelphia Flyers. He might be sound enough to play Sunday against the Carolina Hurricanes, depending on how his injured left foot responds to treatment.

“Maybe (Sunday), but at some point on this trip he’s going to play,” Ducks coach Dallas Eakins said, referring to upcoming games against the Hurricanes, the Florida Panthers and, especially, former teammate Corey Perry and the Tampa Bay Lightning to end the four-game trip Thursday.

The same cannot be said of Max Jones and Jakob Silfverberg, who aren’t likely to play again this season. Jones has been sidelined since tearing a chest muscle in an Oct. 18 game against the Calgary Flames. Silfverberg has been out because of a blood clot in his leg since March 10.

The reason Jones and Silfverberg won’t play again is based on risk versus reward. In other words, the risk of a significant setback that could jeopardize their availability to start next season is simply not worth the reward of having them play in one of this season’s final games.

Getzlaf’s retirement announcement got Eakins thinking about the enduring legacy of the longtime Ducks captain.

“I think it’s a great reminder of what a privilege it is to play in the league and how hard it is to play that long, how important it is to come in every day with a purpose and intent, and how much we’re going to miss him, not only on the ice and leadership-wise,” Eakins said. “It is a massive void he is leaving.”

Getzlaf’s influence on the youngest Ducks, including rookies Trevor Zegras and Jamie Drysdale, has been especially important, according to Eakins.

“He’s had a huge impact on them right across the board,” Eakins said. “The thing I truly wish is we would have been in a better position free agency-wise, so those young players could have experienced a playoff series with Ryan. Our young guys, it’s all fine and dandy to get experience and play in NHL games.

“(But) this isn’t even close to what you get in the playoffs. I wish Ryan could have given some wisdom in a playoff round, but it just wasn’t meant to be.”

Olen Zellweger, the Ducks’ second-round draft pick (34th overall) in 2021, was named the co-MVP of the junior-level Everett (Washington) Silvertips after breaking the franchise record for the most points by a defenseman earlier this season. Zellweger, 18, has 78 points in 54 games.

Kevin Davis held the record by an Everett defenseman with 65 points in 2017-18. Zellweger leads all Western Hockey League defensemen with 78 points (14 goals, 64 assists). Everett is atop the WHL’s Western Conference with a 45-10-10 record going into Sunday’s game against the Seattle Thunderbirds.

Zellweger is averaging 1.44 points per game and has a plus-46 defensive rating.