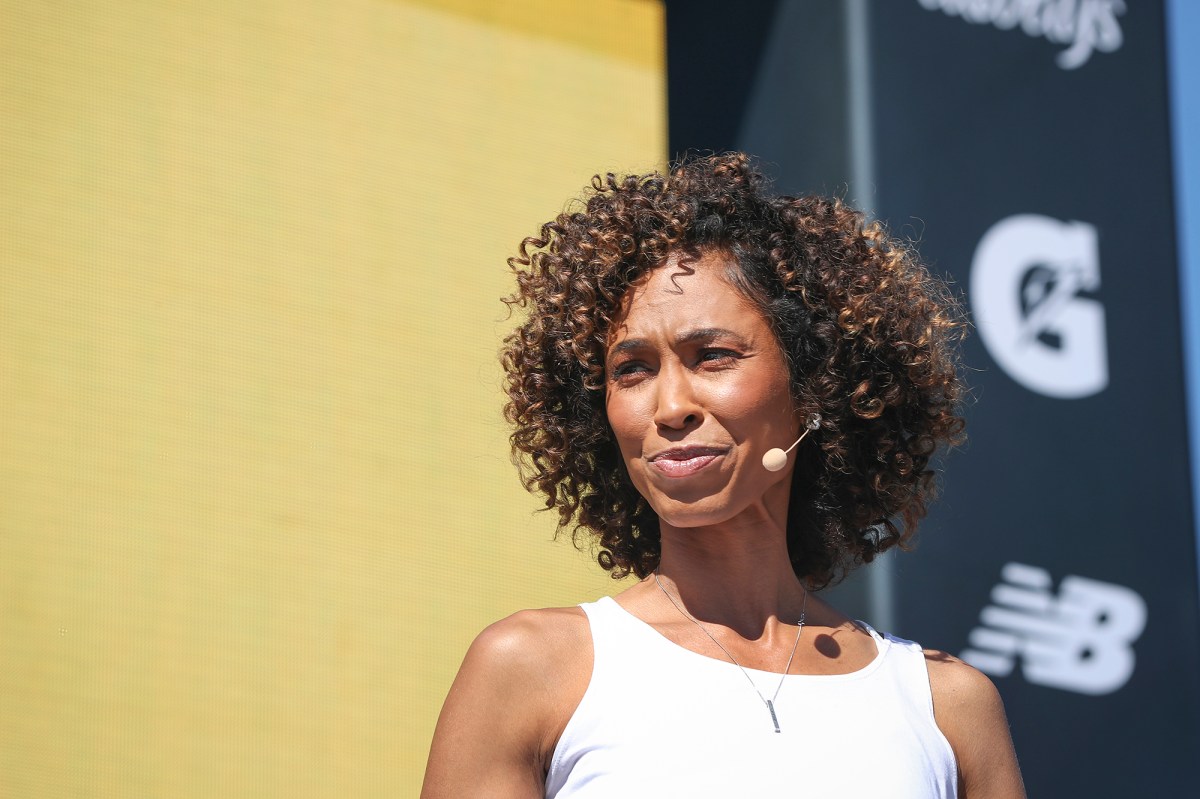 Controversial ESPN sports anchor Sage Steele’s week off is expected to come to an end “sometime next week,” a source familiar with the situation told Page Six on Thursday.

“A day hasn’t been set yet. She’ll be back on-air sometime next week,” the source said.

Reports had said she’d be off-the-air for at least a week.

Steele, who is of mixed race, was yanked off-the-air this week after making controversial comments on former President Barack Obama’s identifying as black, criticizing women journalists’ attire, and describing the company’s COVID-19 vaccine mandate as “sick,” when she appeared on the “Uncut with Jay Cutler” podcast last week.

“There were multiple things that were concerning, and it was a collective decision along with Sage for her not to return this week. It was the prudent thing to do [to not have her on-air this week],” the first source said.

On the podcast, Steele revealed that she got vaccinated due to ESPN’s mandate and out of wanting to keep her job.

“I work for a company that mandates it, and I had until September 30th to get it done or I’m out,” she said, adding, “I respect everyone’s decision. I really do, but to mandate it is sick, and it’s scary to me in many ways.”

Still, she added, “I’m not surprised it got to his point, especially with [parent company] Disney, I mean a global company like that.”

An industry insider told us the vaccine comment did not go over well with studio brass.

“Disney has no patience with anti-vax rhetoric,” they said.

But the first source insisted that kicking her off-air this week was “not specifically pointed to one specific thing,” and that, “multiple things were concerning.”

Steele released a statment apologizing for her comments creating “controversy for the company… We are in the midst of an extremely challenging time that impacts all of us, and it’s more critical than ever that we communicate constructively and thoughtfully,” she said.

Coincidentally, after Steele’s anti-vax mandate talk made news, it was made public that she recently tested positive for COVID-19. The sequence of the diagnosis in relation to the podcast controversy is unclear.

A rep for ESPN and Steele did not comment.

The network previously said in a statement: “At ESPN, we embrace different points of view — dialogue and discussion makes this place great. That said, we expect that those points of view be expressed respectfully, in a manner consistent with our values, and in line with our internal policies.”

The Post previously reported that ESPN was having “direct” and “private” conversations with Steele after her comments.