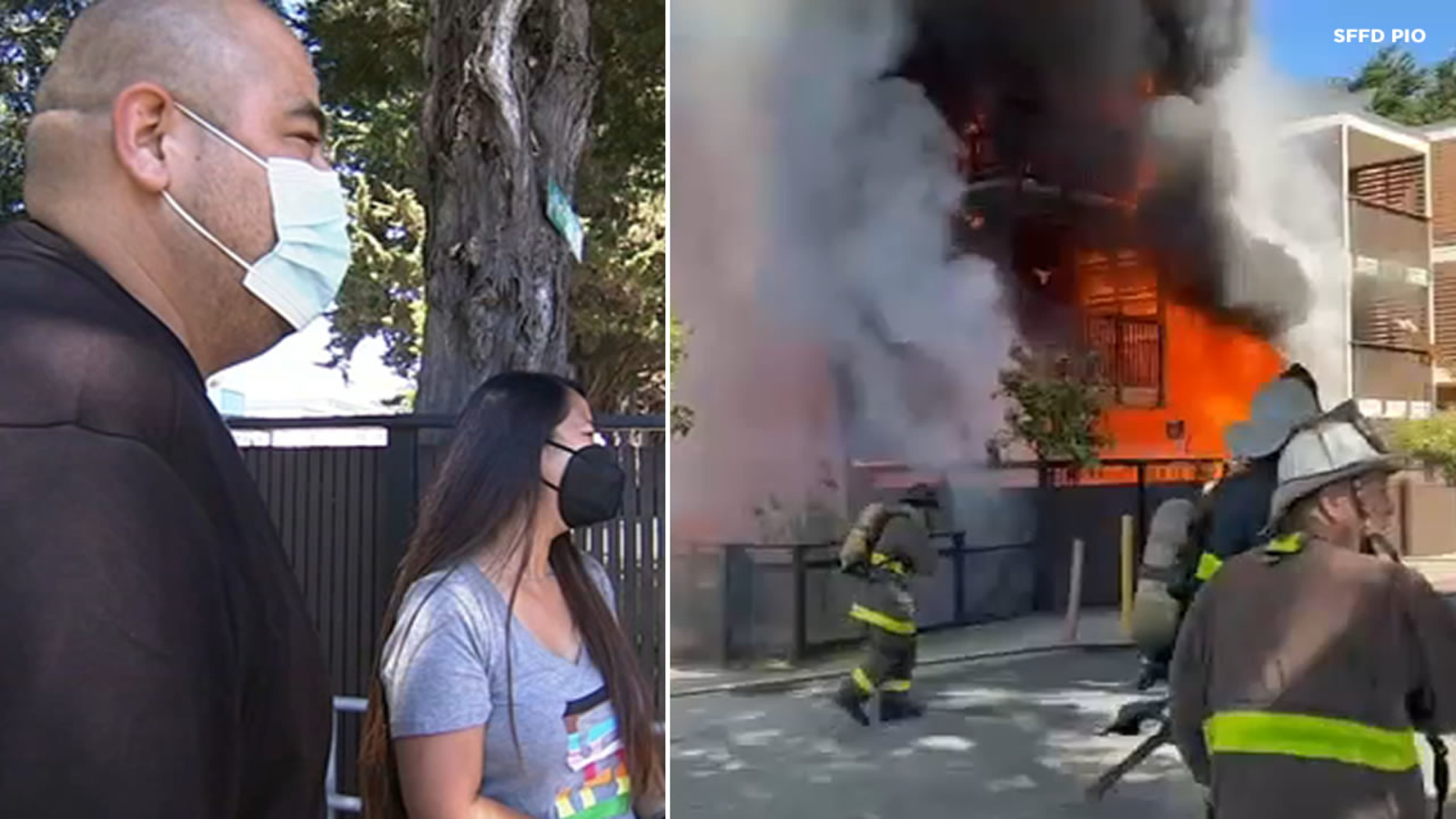 Before firefighters had even arrived, teachers and students from Rosa Parks Elementary watched as smoke was coming out of the residential building.

The schoolyard is right behind the apartment complex.

“I yelled for my amazing co-workers to clear the yard and move the kids away from the fire,” said Cicily Ina-Lee a teacher who, along with her colleague Vincent Reyes, ran toward the apartments.

Both teachers pulled down the fire escape ladders. Reyes went inside to rescue residents.

“I went inside the building here when the fire first started. I saw the fire it was pretty heavy on the roof and that’s when I saw the last person hopefully come out of the building,” explained Reyes.

One of the residents, who did not want to give us her name, described the teachers’ efforts. “And they were screaming and knocking and calling and trying to get us out and when the doors opened they went in and rescued the old people. They were fantastic,” the resident said. She managed to take her two parakeets with her.

Josh Gant was walking in the area when he saw some of the other victims being taken away.

Eighteen people were displaced in what exhausted firefighters described as a fast-moving blaze. It was a rescue effort aided by two teachers who thought of their neighbors first.

“We’re teachers, so we care about other people. Hopefully anybody would do the same things,” said Reyes.

The cause of the fire is under investigation.