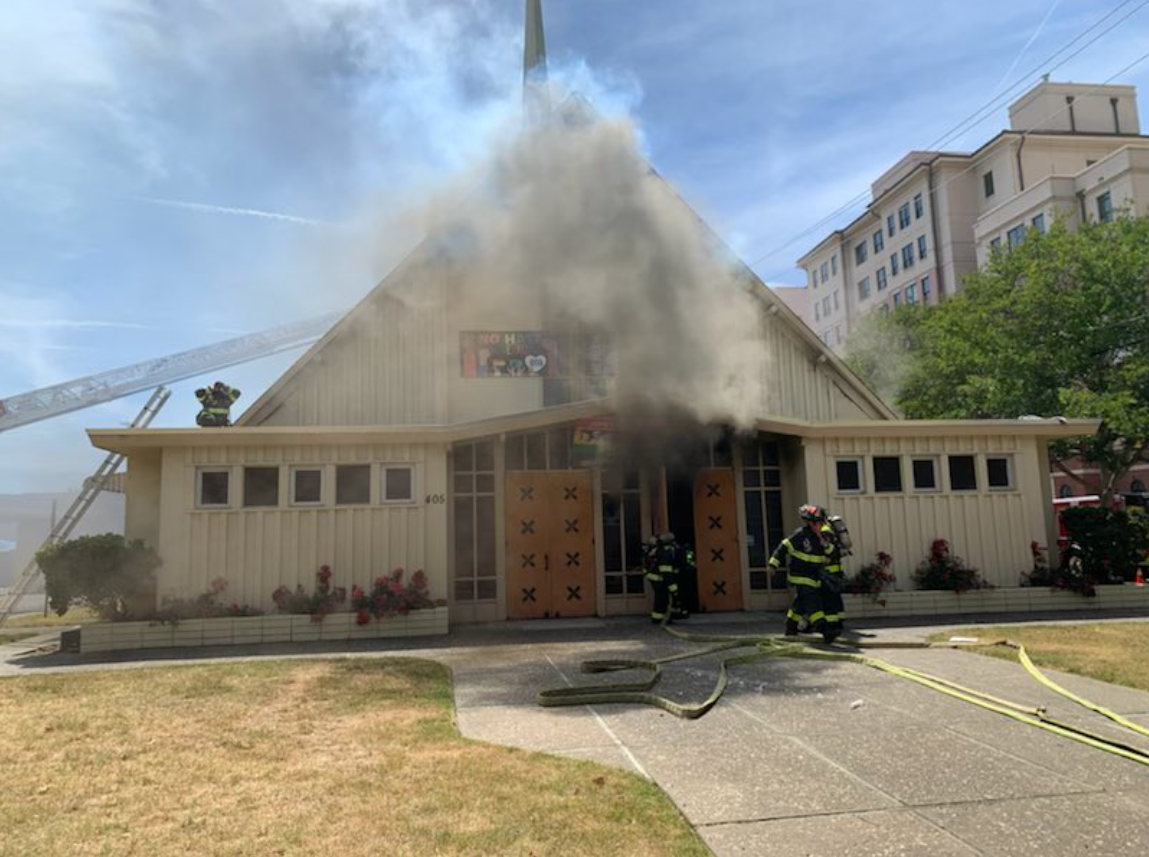 SAN JOSE, Calif. (KRON) — The San Jose Fire Department battled a two-alarm fire at St. Paul’s United Methodist Church on Wednesday afternoon. The fire was called in around 2:30 p.m. on the 400 block of South 10th Street.

A homeless man was arrested on suspicion of starting the fire. Witnesses pointed out the man fleeing the area when the fire started. The church said on Facebook that it was not familiar with the man and he seemed to be dealing with a mental illness.

SJFD said firefighters knocked down the fire, and contained to the structure where it originated. As of 4:58 p.m. the fire was completely under control. There were no injuries.

The church suffered substantial damage, its Facebook post said. Its members will worship outdoors on the side yard on Sunday.