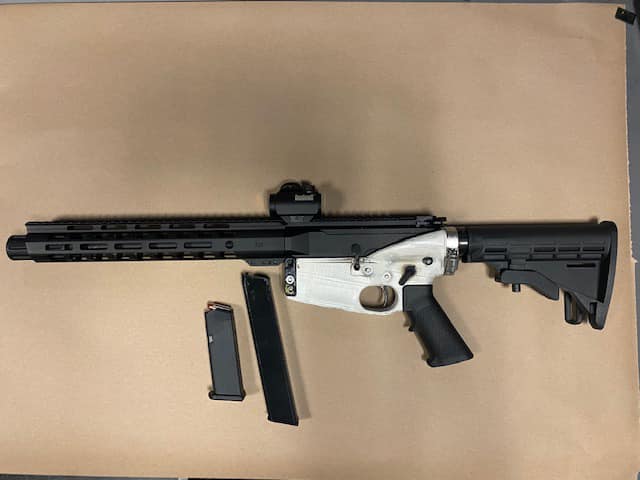 Around 11:10 p.m., police were conducting proactive patrols in the Area of North Dutton Avenue and El Cerrito Drive.

Their patrol stopped when they saw a parked vehicle with suspicious passengers inside of the car. Officers approached the car and noticed a strong marijuana scent coming from inside. Three juvenile males were found in the car and had been smoking marijuana, police reported.

A vehicle search uncovered two 9mm magazines loaded with several rounds of ammunition in the passenger’s side of the car.

Officers found an assault rifle “ghost gun” with a 3D printed lower receiver. Police say the arrested teen was in possession of the firearm.

“Due to the age of the offender, his name will not be released,” Santa Rosa Police Department said in a Facebook post.