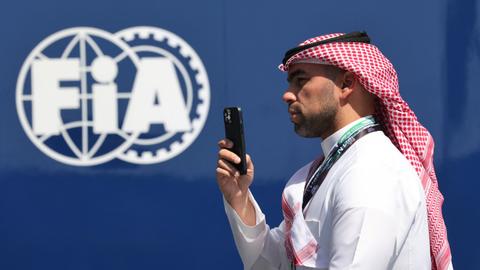 After hours of talks with the pilots, team principals and Saudi officials, Formula One and governing body the FIA said it received “assurances” that the race in Jeddah can be held safely

Saudi Arabia has pledged maximum security to reassure Formula One drivers, as the Saudi Arabian Grand Prix is set to go ahead despite an attack on an oil facility nearby by Yemen’s Houthi rebels.

After hours of talks with the pilots, team principals and Saudi officials on Friday, Formula One and governing body the FIA said it had received “assurances” that the race in Jeddah can be held safely.

“Saudi government authorities and security agencies… have given full and detailed assurances that the event is secure,” a joint statement said.

“It has been agreed with all stakeholders to maintain a clear and open dialogue throughout the event and for the future.”

Drivers have revealed their concerns over Friday’s attack, which was part of a wave of drone-and-missile assaults that triggered retaliatory air strikes on rebel strongholds.

The pilots’ union, the Grand Prix Drivers Association, said it was a “difficult day for Formula One and a stressful day for us Formula One drivers”.

“Perhaps it is hard to comprehend if you have never driven an F1 car on this fast and challenging Jeddah track, but on seeing the smoke from the incident it was difficult to remain a fully focused race driver and erase natural human concerns,” a statement said.

During “long discussions”, Saudi government ministers “explained how security measures were elevated to the maximum” to allow the race to go ahead, it added.

The Iran-backed Houthi rebels fired on 16 targets across Saudi Arabia, as they mark seven years since the Saudi-led coalition intervened in support of the government in Yemen, the Arab world’s poorest country.

The conflict has killed hundreds of thousands of people directly or indirectly and displaced millions, creating what the UN calls the world’s worst humanitarian crisis.

The Saudi-led coalition hit back with air strikes on Sanaa, Yemen’s rebel-held capital, and the port city of Hodeidah, official Saudi media said. Rebel reports of casualties could not immediately be confirmed.