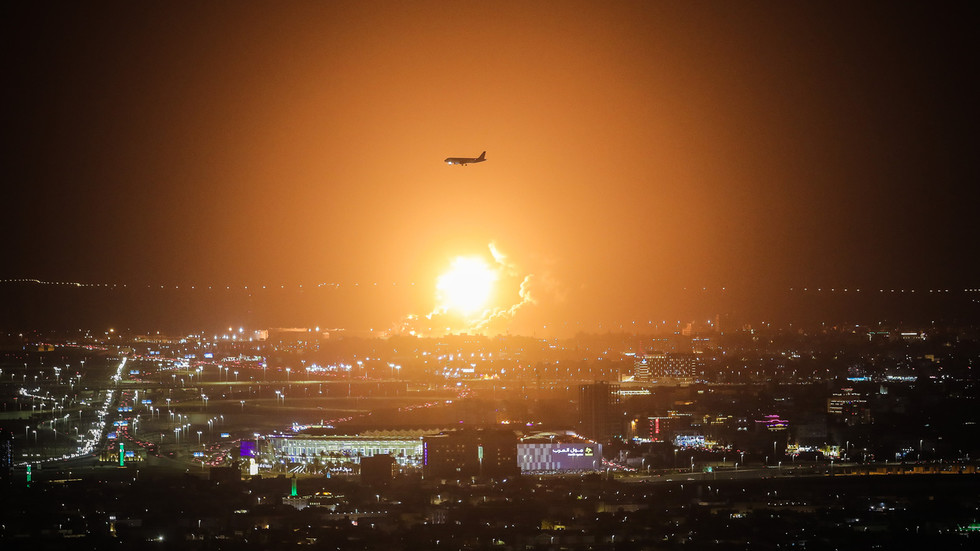 The Houthi rebels in Yemen have launched another attack on Saudi oil production in Jeddah, hitting a Saudi Aramco fuel depot on Friday as the city welcomes visitors for its first Formula 1 racing event. The offensive is aimed at forcing the Saudis to end their blockade of Yemen.

A spokesman for the rebel group claimed responsibility for the attack, following an apparent explosion at a refinery near the racetrack, around 10 miles from the airport. The facilities were hit with missiles, while the Ras Tanura and Rabigh refineries were targeted with drones.

Videos posted to social media showed a massive black plume of smoke rising out of the facility’s storage tanks while a fireball erupted within.

Large fire at Aramco facility in Jeddah, Saudi Arabia after Houthi missile attack. It’s worth noting that the Formula 1 is in Jeddah this weekend. pic.twitter.com/Ozk35ekuu0

The blaze could be seen from the racetrack, where the city will host the iconic Grand Prix auto races from Friday through Sunday.

The strikes were announced as the third phase of the Houthis’ “Breaking of the Siege Operation” and was aimed at critical infrastructure, according to the group. The Ras Tanura refinery and Rabigh oil refinery were also hit with drones, the rebels said.

It was the second time an Aramco plant in Jeddah was hit within two weeks, and a number of other sites were recently targeted, including an Aramco distribution center at Jizan, a natural gas plant, and the Yasref refinery at Yanbu.

While the Arab Coalition has reported the strike on the Aramco facilities had no repercussions for public life in Jeddah, according to local media, flights into Jeddah and other nearby airports were being held. The Saudi Foreign Ministry has warned the attack will likely impact oil distribution, presumably causing prices to spike still higher. The EU and US have already placed various levels of restrictions on fuel from Russia following its offensive in Ukraine, and US sanctions remain in place on Iranian and Venezuelan oil.