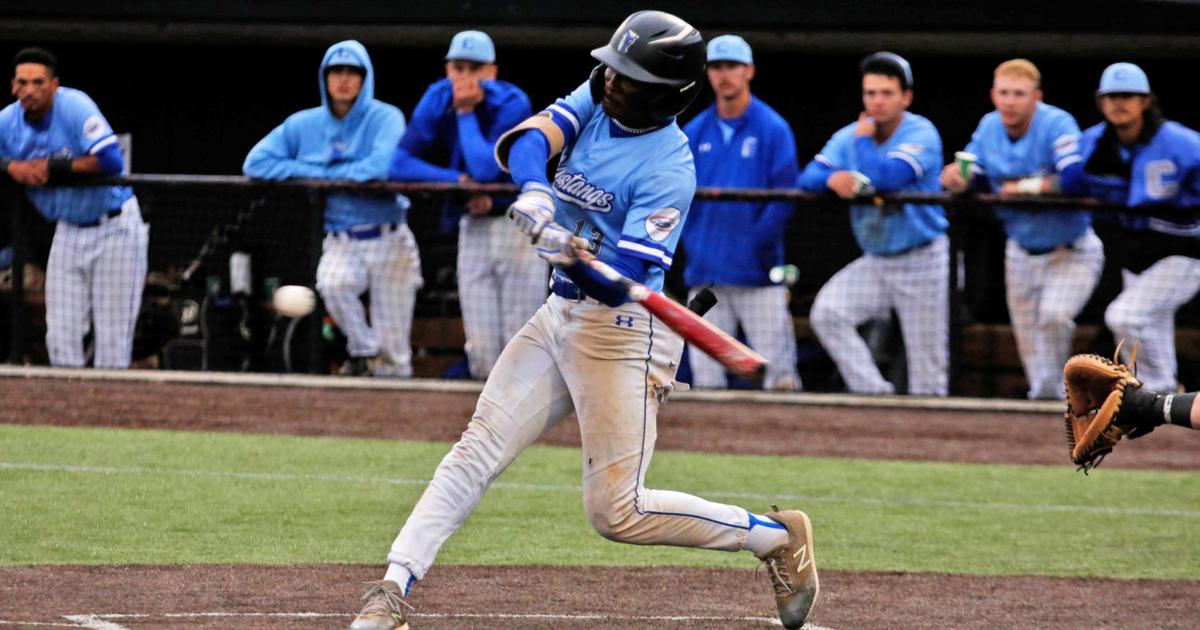 O’FALLON, Missouri — Looking to avoid elimination for the second straight day, Central Baptist College baseball took on the Spartans of Missouri Baptist at CarShield Field on Thursday in the semifinals of the American Midwest Conference Tournament.

Jay French had another big day, clubbing two home runs to give him 10 on the season.

With the two homers, French became the new single-season hits leader with 86, eclipsing Jalin Lawson’s 84 hits back in 2016.

French would lead off the game with a home run to the opposite field to give CBC a 1-0 lead in the first.

The lead was short lived, however, as the Spartans plated three runs in the bottom half to put the Mustangs down 3-1 after one.

A sac fly from Graham Dykes in the second and French’s second home run of the game in the third would tie the score at three before the Spartans scored 14 unanswered runs to end the game in a run rule.