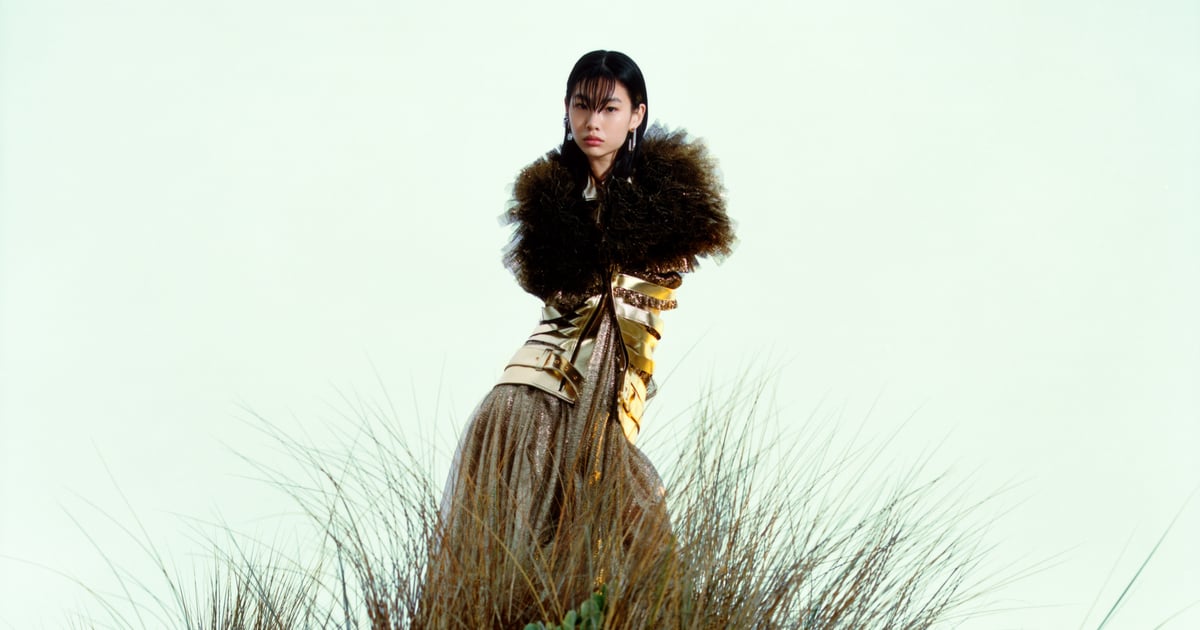 At a young age, Squid Game star Hoyeon Jung didn’t have any interest in modeling or the fashion industry. This might come as a surprise considering the 27-year-old’s breathtaking Vogue cover spread for the publication’s February issue, but as she explained during an interview with Monica Kim, “I was tall, and people on the street would tell me to be a model, so I thought, Why not try it? I’ve always been ambitious. I liked the challenge and kept wanting to go to the next level.”

And to the next level she keeps going. Since her breakthrough performance as a North Korean competitor on Netflix’s hit show Squid Game, the model turned actor has continued to solidify her prominence in the fashion industry. Following the success of the Korean drama, Louis Vuitton named her its newest global ambassador for fashion, watches, and jewelry. Perhaps in line with this major partnership, Hoyeon graced Vogue‘s cover in a stunning cape and embroidered sequin dress by the luxury fashion house. Read ahead to admire all the gorgeous images from the superstar’s magazine spread.