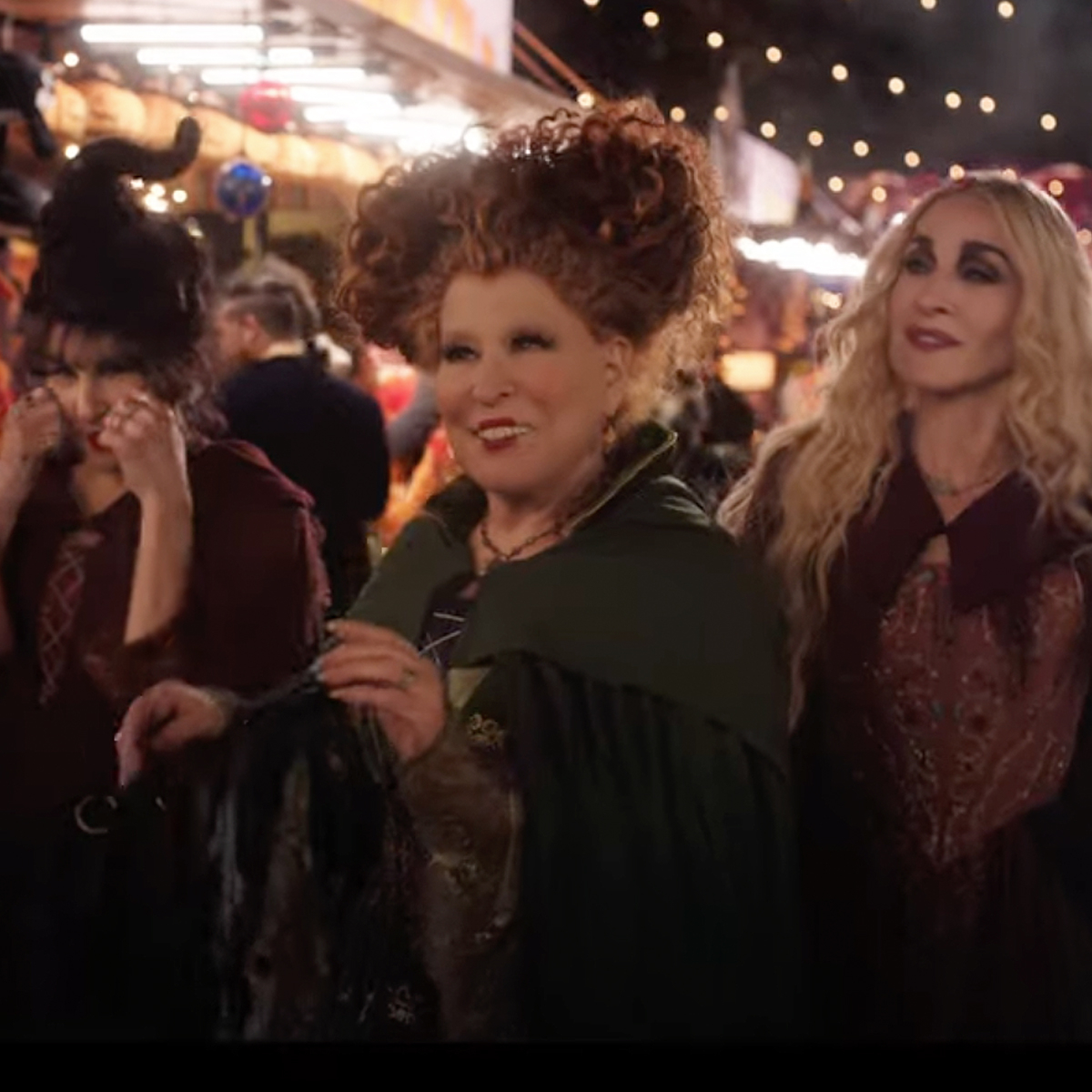 The Hocus Pocus 2 trailer will put a spell on you.

On June 28, Disney dropped a sneak peek of the highly anticipated follow-up to the popular 1993 Halloween film with the Sanderson sisters—played by Sarah Jessica Parker, Bette Midler and Kathy Najimy—reprising their iconic roles 29 years later.

The clip begins with a group of three high school girls discussing how they’re going to celebrate one of their 16th birthdays. The teens then visit a shopkeeper, played by Sam Richardson, who tells the girls, “You know, legend has it, it’s on the 16th birthday that a witch gets her powers.”

Two of the girls then appear to read a spell, which causes the black flame candle to reignite. The ground beneath the teens splits and the Sanderson sisters appear.

The trailer ends with a man at a carnival asking the sibling witches if they’re looking for a stage, to which Winifred mischievously replied, “Always.”