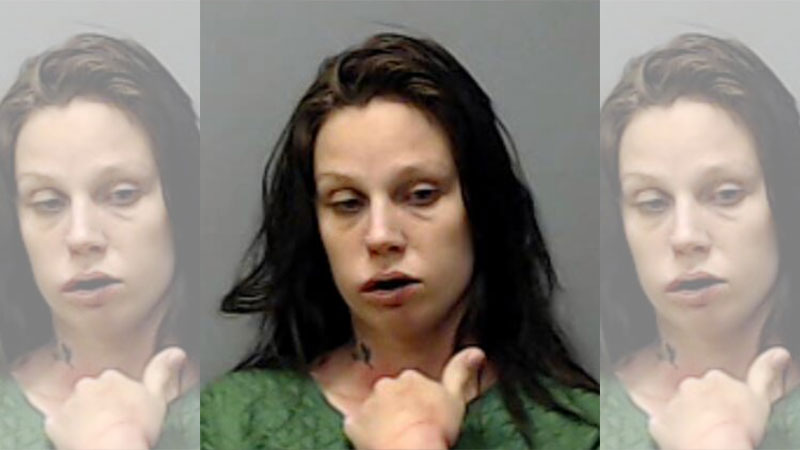 According to the Baxter County Sheriff’s Office, deputies responded to a 911 call claiming a woman was threatening her grandparents with a knife shortly after 3 a.m. Friday on County Road 158.

When the deputies arrived, they found 29-year-old April Raymond in the front yard of the home holding a 5-year-old child.

The deputies noted that while Raymond was speaking with them, she shoved one of them in the chest. The sheriff said that deputy directed Raymond to set the child down, but that she refused to do so.

The other deputy was able to take the child from Raymond, but during that exchange the deputies reported that she kicked the child in the head, although there were no serious injuries to the child.

At this point, authorities said Raymond began fighting with the deputies and bit one of them hard enough to draw blood.

Deputies said they had to stun Raymond and were then able to take her into custody and transport her to the Baxter County Detention Center.

Raymond is facing multiple charges, including second-degree battery on a police officer, assault on a family member, endangering the welfare of a minor and resisting arrest. She is being held on a $15,000 bond and is scheduled to go in front of a judge on May 16.