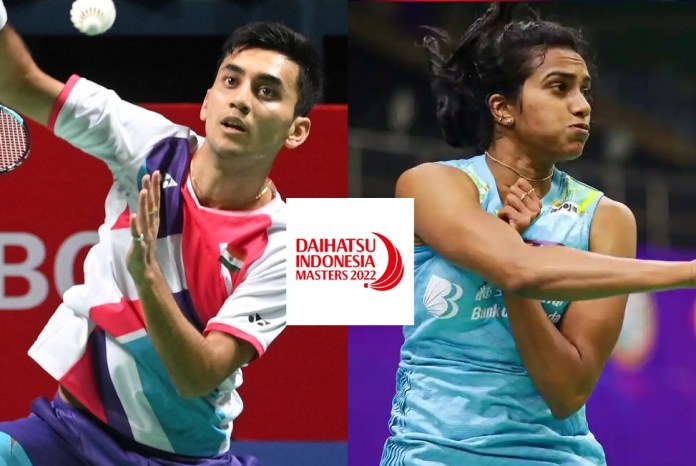 Indians in action on Thursday

World No.9 Lakshya Sen defeated Denmark’s Rasmus Gemke in straight sets on Wednesday. Sen started the game with a 0-3 deficit, however he took lead in the first set as the scores read 9-6. Gemke then managed to enter the break with a 11-10 lead. After the break, Sen raced off to a 16-12 and went on to win the opening set.

In the second set, both the players were involved in a neck-to-neck battle and it was Lakshya who showed better nerves as he led 13-12 and then closed oout the game by winning the set 21-15.

Sindhu started the game by taking an early lead in the first set and entered the half-time break with the sore at 11-6. The Indonesian began to make inroads into the game after the break and managed to level the score 15-15. She continued her fightback and took the lead towards the end of the first set and even had three set points in her hand as she led 20-18. However, Sindhu showed her class as she didn’t give up and clinched the set 23-21.

In the second set, Gregoria however managed to dominate right from the start. Despite a good challenge from Sindhu, she led the majority of the set. Sindhu made a late comeback to level the score 18-18 but Gregoria managed to win the set 22-20. In the third set, it was Sindhu’s show all the way as she led the set throughout and clinched it 21-11.

In the mixed doubles, India’s Sumeeth Reddy and Ashwini Ponnappa faced straight set defeat against China’s second seeded Zheng Siwei and Huang Yaqiong. The Indian duo were completely dominated by the second seed as they didn’t even give the Indians any chance of making a comeback in the game as they won both the sets comfortably.

The second round matches can be watched live on BWF’s official YouTube Channel BWF TV.