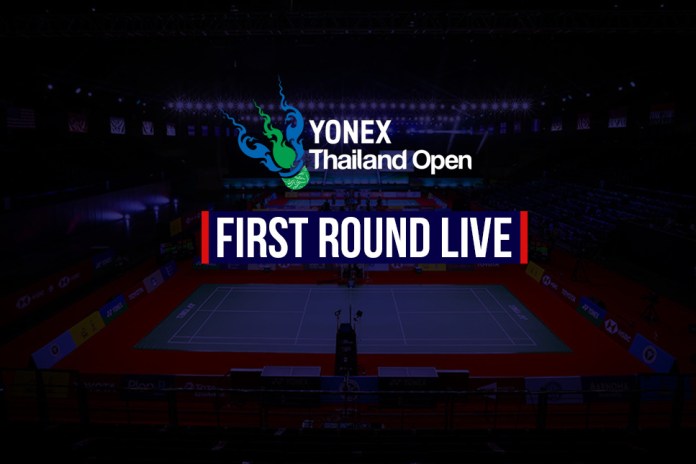 Thailand Open LIVE: India’s ace shuttlers PV Sindhu, Kidambi Srikanth, Saina Nehwal and HS Prannoy headline action in the first round of Thailand Open on Wednesday (18 May). Sindhu and Srikanth are the only seeded Indians in the tournament. While Sindhu is seeded sixth, Srikanth is the eight seed in the BWF Super 500 tournament.  Follow InsideSport.IN for more updates.

While the first round of men’s, women’s and the mixed doubles are scheduled to be played on Tuesday, 17th May, all the singles first round matches will begin on 18th May, Wednesday.

After playing a clinical role in India’s Thomas cup winning campaign, Srikanth begins his Thailand Open campaign against France’s Brice Leverdez in the first round. Srikanth, who is yet to win a single title this year looks to finally end his drought by winning the Thailand Open.

Srikanth was originally scheduled to face compatriot Parupalli Kashyap but the latter has pulled out and Leverdez replaces him in the main draw. Leverdez’s best performance this year is a quarterfinal appearance at European Championship. The World No.39 participated in three tournaments before the European Championships and faced first round exits in all the three events.

This will be the fifth meeting between them and both the players and Srikanth has won all their four previous encounters. They last met this year at German Open with Srikanth winning the match in three sets.

HS Prannoy, who finished as runner-up at Swiss Open this year is having a great year. He was instrumental in India lifting the Thomas Cup as he remained unbeaten throughout the tournament. He now enters Thailand Open with confidence and takes on Malaysia’s World No.34 Liew Daren in the first round.

Daren’s best performance this year is a second round appearance at All England Championships and Asian Badminton Championships. Daren will look to give a much better performance at Thailand Open.

This will be the 10th meeting between both the players and Prannoy leads the Head-to-Head record 6-3. They last met in the 2021 World Championships with Prannoy winning the match in straight sets.

PV Sindhu, who led India to the quarterfinal at Uber Cup, will take on a qualifier in the first round at Thailand Open. Sindhu lost against Japan’s An-Seyoung in straight sets in the Thomas Cup and also faced a three-set defeat against Ratchanok Intanon in the quarterfinal. Before Thomas Cup she made semifinal exit at Asian Championship as well as Korean Open, she will now look to win her third title this year by winning the Thailand Open.

2012 Olympic Bronze medallist Saina Nehwal is looking to get back to form this year. She was dicarded from the Indian team for the Uber Cup after she missed out the Selction Trials conducted by BAI. Saina now has a point to prove and will look to put on a good show at Thailand Open. She faces World No.19 Kim Ga-eun in the first round. Ga-eun was the semifinalist at this year’s Korea Open.

Where to watch Thailand 2022 LIVE Streaming?