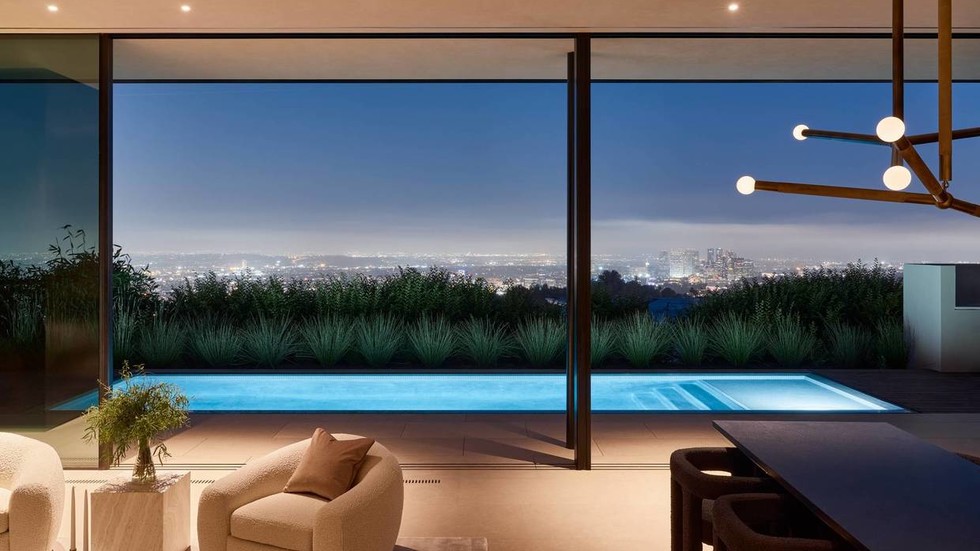 The US government spent $85 billion on the Afghan military, only to see it surrender to the Taliban without a fight. Now the son of a former defense minister is spending millions to buy a luxury mansion with a view of Los Angeles.

A man by the name of Daoud Wardak has recently bought the Trousdale Estates property in Beverly Hills for $20.9 million, Yahoo News reported citing real estate records. He was described as an “ethnic Pashtun refugee” born in 1977, with public records showing him as president of AD Capital Group, based in Miami, Florida.

Wardak already owns a $5.2 million at the St. Regis Bal Harbour resort in Miami Beach, according to the same sources. His new Beverly Hills mansion, known as the Carla Ridge Residence, was recently redesigned in a “contemporary minimalism” style and offers views of the Los Angeles skyline through its glass walls.

Daoud is the younger son of Abdul Rahim Wardak, who served as defense minister in the US-backed government in Kabul between 2004 and 2012. The former mujahideen fighter was a key player in setting up the Afghan National Army – the same force that collapsed without a fight in August, leaving the Taliban in control of the country even before the US troops had a chance to leave.

The Pentagon expended an estimated $85 billion over the past 20 years on the ANA, including weapons, equipment and paying the soldiers’ salaries. There were persistent allegations over the years that some ANA commanders were falsifying the number of troops under their command (so-called “ghost soldiers”) so they could pocket the difference.


While Wardak toured western capitals to advocate for funding the ANA, he clearly didn’t believe in the future of Afghanistan enough to leave his children there. Both Daoud and his older brother Hamed ended up in the US, where Hamed ran a military contracting company NCL Holdings, getting paid by the Pentagon to secure supply routes in Afghanistan.

Hamed Wardak was also mentioned as CEO of Ludus Athletics, a “lifestyle brand inspired by Miami” with a motto of “LOVE THE WORLD,” which organized a beach volleyball tournament in March 2012. Less than five months later, his father was ousted from his defense ministry perch in a parliamentary no-confidence vote.

Ludus appears to be defunct now, however, and appears nowhere in Hamed Wardak’s LinkedIn biography.

US President Joe Biden announced in March that all US troops would be withdrawn from Afghanistan by September, insisting that the Afghan army was more than capable of holding off the Taliban. Instead, the Taliban captured Kabul without a fight by August 14, leaving the US scrambling to evacuate thousands of Americans and Afghan allies via the capital’s civilian airport.

Biden described the airlift that brought out 124,000 people – but left some US citizens and many more Afghan allies behind – as an “extraordinary success,” while the Pentagon leadership rejected calls to resign in the aftermath.

Likewise, no one was disciplined over the deaths of 13 US troops and more than 170 Afghan civilians in the August 26 suicide bombing at the airport – or the retaliatory drone strike two days later, which killed 10 innocents including 7 children, instead of a suspected terrorist.