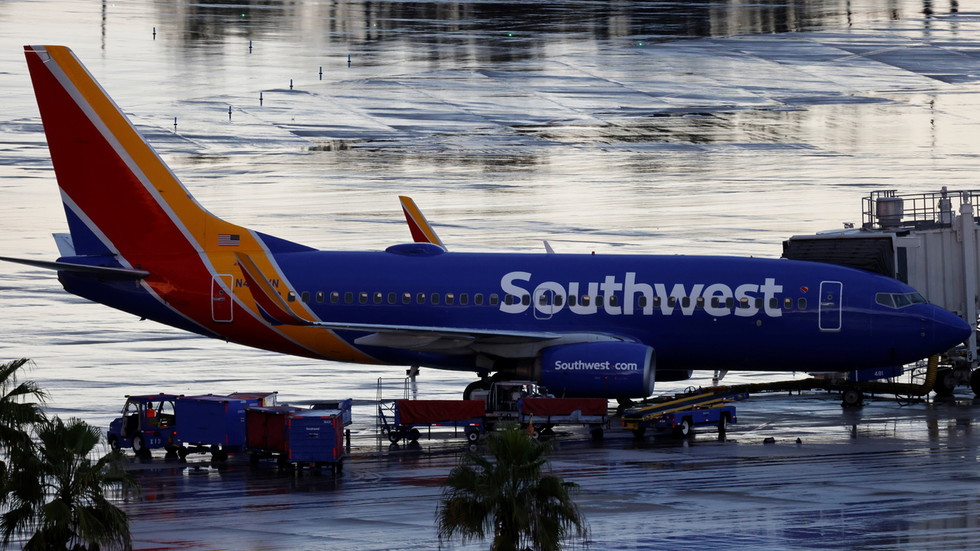 Southwest Airlines has launched an internal probe after one of its pilots signed off with a viral phrase used to insult President Joe Biden, but Twitter warriors are calling for harsh measures to prevent such heresy in future.

“Southwest does not condone Employees sharing their personal political opinions while on the job serving our Customers, and one Employee’s individual perspective should not be interpreted as the viewpoint of Southwest and its collective 54,000 Employees,” the airline said in a statement on Sunday.

The controversy was caused by reports that a pilot on the Southwest flight from Houston, Texas to Albuquerque, New Mexico, on Friday, said ‘Let’s Go Brandon’ though the loudspeaker – a recent conservative meme that has become code for ‘F**k Joe Biden’. Associated Press reporter Colleen Long who happened to be on that flight claimed she was almost “removed” after trying to ask the pilot about using the phrase.

The airline’s seemingly feeble response to the incident had many calling for the pilot to be publicly identified and fired, while others called for boycotts of the airline as a whole. Some went as far as to compare voicing anti-Joe Biden remarks to declaring allegiance with terrorists.

Southwest’s fresh promise to address the situation directly with the employee in question, following an internal probe, triggered even more backlash and demands for a much stronger statement and concrete action.

The LAST thing I want when I’m flying is to know that the pilot of my plane only cares about half of their passengers because of their political views. The Southwest pilot should be #FIRED immediately.

Southwest Airlines needs to make the Maga pilot #FIRED How dare he be so unprofessional.

Some even called on the Federal Aviation Administration to get involved and check the pilot’s mental health.

That’s a legitimate question the FAA should be looking at.

The airline also had its fair share of criticism from conservatives, for allegedly “cowering to the left-wing mob.”

Most of the people calling for the Southwest pilot to be fired for saying Let’s Go Brandon, spent the last 4 years tweeting nothing but F*ck Trump.This glass house is coming down hard & we’re all going to get cut.

At the same time some noted that the same people now calling for the Southwest pilot to be fired, spent the last four years “tweeting nothing but F*** Trump.”

You’re making assumptions. It’s as big a deal as any Southwest customer wishes to make it. It was a stupid thing to say & deserves the scrutiny. But we share the country w/ assholes in every line of work. I recall DeNiro saying “Fuck Trump” on National TV & 1/2 of earth cheered.