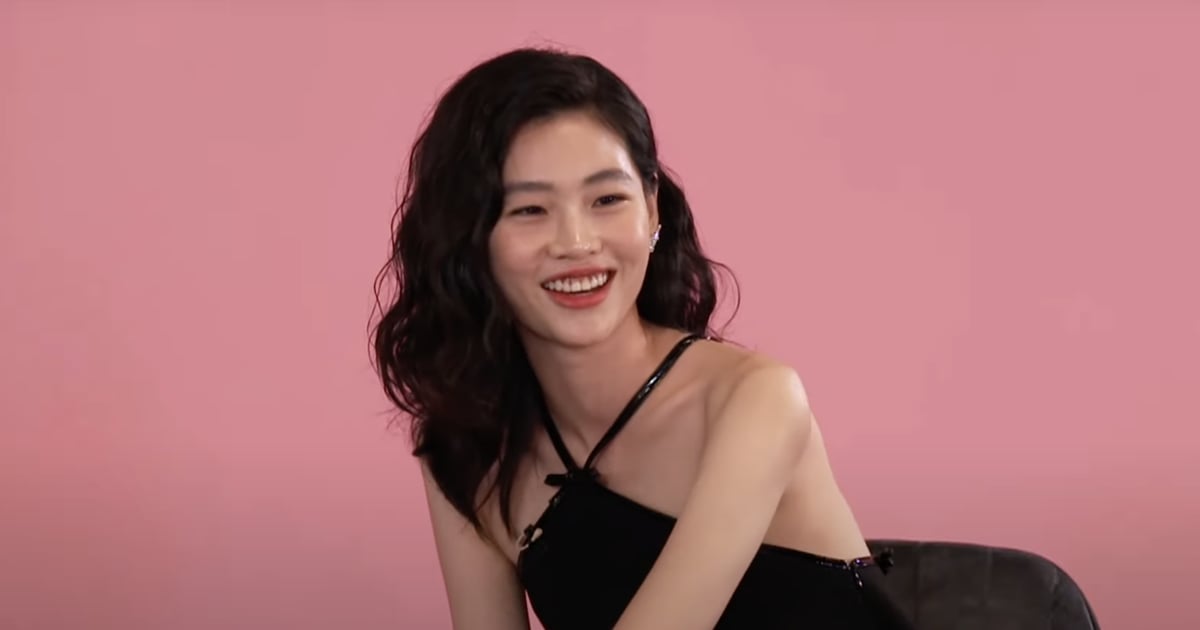 We have Squid Game to thank for not only hours of addictive, twisted entertainment but also for introducing us to HoYeon Jung’s killer sense of style. The 27-year-old model and actress, who portrays Kang Sae-byeok on the drama series, showed off her penchant for all things fashionable during a Tonight Show appearance on Wednesday, thus fueling our outfit inspiration just in time for the weekend. While dissecting the wildly popular Netflix show with several of her costars, HoYeon wore a black Miu Miu dress featuring a tiny bow detail at the halter neckline. Rather than pairing the LBD with strappy heels, as one may be inclined to do, she opted for black tights and sparkly lug-sole loafers, even adding a black track jacket after the interview as a nod to the costumes on Squid Game. Genius!

Considering the fact that HoYeon recently became a Louis Vuitton global ambassador and was just featured in a new Adidas campaign, it’s clear this is just one of many edgy fashion moments to come from the rising star as Squid Game continues to dominate Netflix. Read ahead to take an up-close look at HoYeon’s undeniably cool Tonight Show look, styled by Aeri Yun, and be sure to scroll on her Instagram gallery to see her offscreen track-jacket moment!