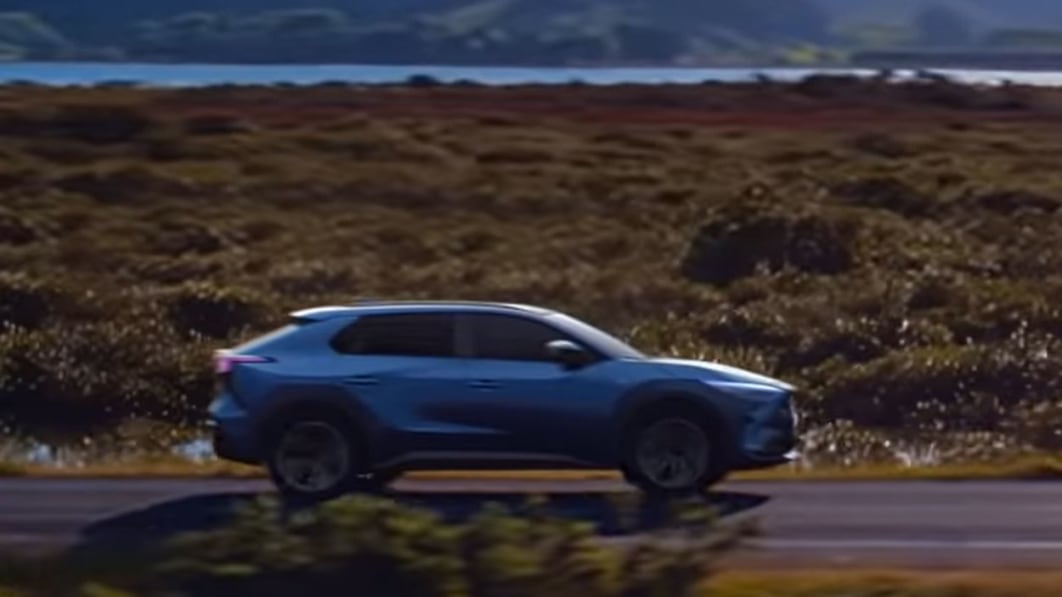 Subaru’s Japanese HQ released its first vid showing off the company’s first EV, the Solterra, and while it’s nice to finally see the crossover in motion, we’re not sure why Subaru’s being so flirtatious with the rollout. Everything in the video reaffirms all the evidence we have so far that this is Subaru’s tweaked version of the Toyota bZ4X, and we’ve virtually crawled all over the Toyota already. The only mystery left is figuring out what the panel is behind the rotary knob on the center console. In every Toyota bZ4X video we’ve watched, there is, at most, one tiny illuminated light. In the Solterra teaser images and video, the panel is covered in lights laid out like an illuminated spreadsheet. There’s also a shutline and a depression at the leading edge like it’s a cover to be opened. It can’t hide anything that deep, though, because of the tunnel cutout beneath.

The other notable difference in the Subaru is the seriously bolstered seats, which look like they belong in a WRX. They could just be digital units just for the video.

It’s a good-looking package, and there’s a chance it might actually work better as a Subaru than a Toyota — a Crosstrek gone all mature. Bettors seem to think pricing will fall in the high $30,000s to low $40,000s. With the Tokyo Motor Show canceled, the L.A. Auto Show is the only big showcase left; it’s possible we could finally get hard intel on both the Toyota and Subaru then. It goes on sale in various markets including the U.S. next summer, likely as a 2023-model-year offering, so next year’s auto show circuit might be more appropriate.