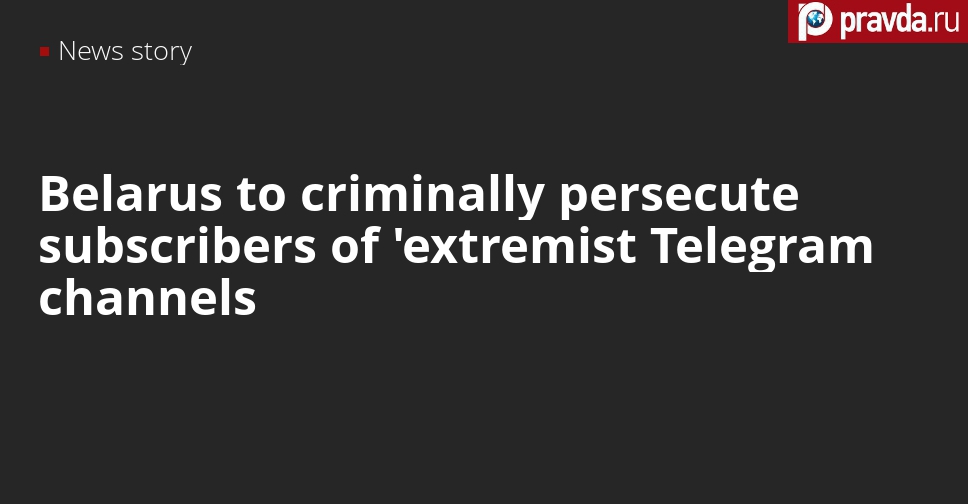 In Belarus, subscribers to Telegram channels, which the authorities declared as “extremist” will be tried for extremism, the Telegram channel of the Main Directorate for Combating Organized Crime said (the channel publishes news stories related to the activities of Belarusian security forces).

The government of Belarus passed the corresponding resolution on October 12. The document  makes it possible to recognise “unregistered groups of citizens carrying out extremist activities, including in messengers and social networks” as extremist formations.

The maximum punishment under the relevant article amounts to  seven years in prison.


In Belarus, more than 100 Telegram channels are recognised as “extremist”. The overwhelming majority of them post materials on political affairs and criticise the activities of Belarusian President Alexander Lukashenko.