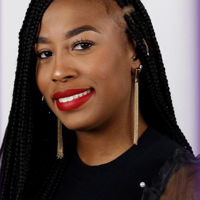 “We are thrilled to have Coach Jakeria on staff. She is a bright young coach who is very passionate and knowledgeable about the game,” Rushing said of the hire. “She has great energy and fresh ideas that will certainly benefit our program. Coach J is also a native of Arkansas and has a lot of contacts in the state that will help us in recruiting. We’re excited to have her join the Sugar Bear family.”

The Bryant, Arkansas, native comes to Conway after a two-year stint on the Rangers’ staff, first as a graduate assistant before being promoted to a full-time assistant coach. While on the bench, she helped the Rangers improve from six wins in 2020-21 to 15 wins the next season.

Under her tutelage, five players were named All-Conference in the Great American Conference in 2021-22, as the team racked up the most wins in a season since 2002.

Prior to her transition to coaching, Otey proved herself on the hardwood, also at Northwestern Oklahoma State. Playing from 2015-20, she graduated as one of the best perimeter defenders in program history. Otey ended her playing career fourth in school history in steals, picking 172 pockets during her time in Red and Black.

Otey joins a roster that has a plethora of new faces, with a lead returner in last season’s ASUN All-Freshman point guard Randrea Wright.

The 2022-23 season tips off November 7th, as Otey and the Sugar Bears head to Kansas State for the first game of the season.