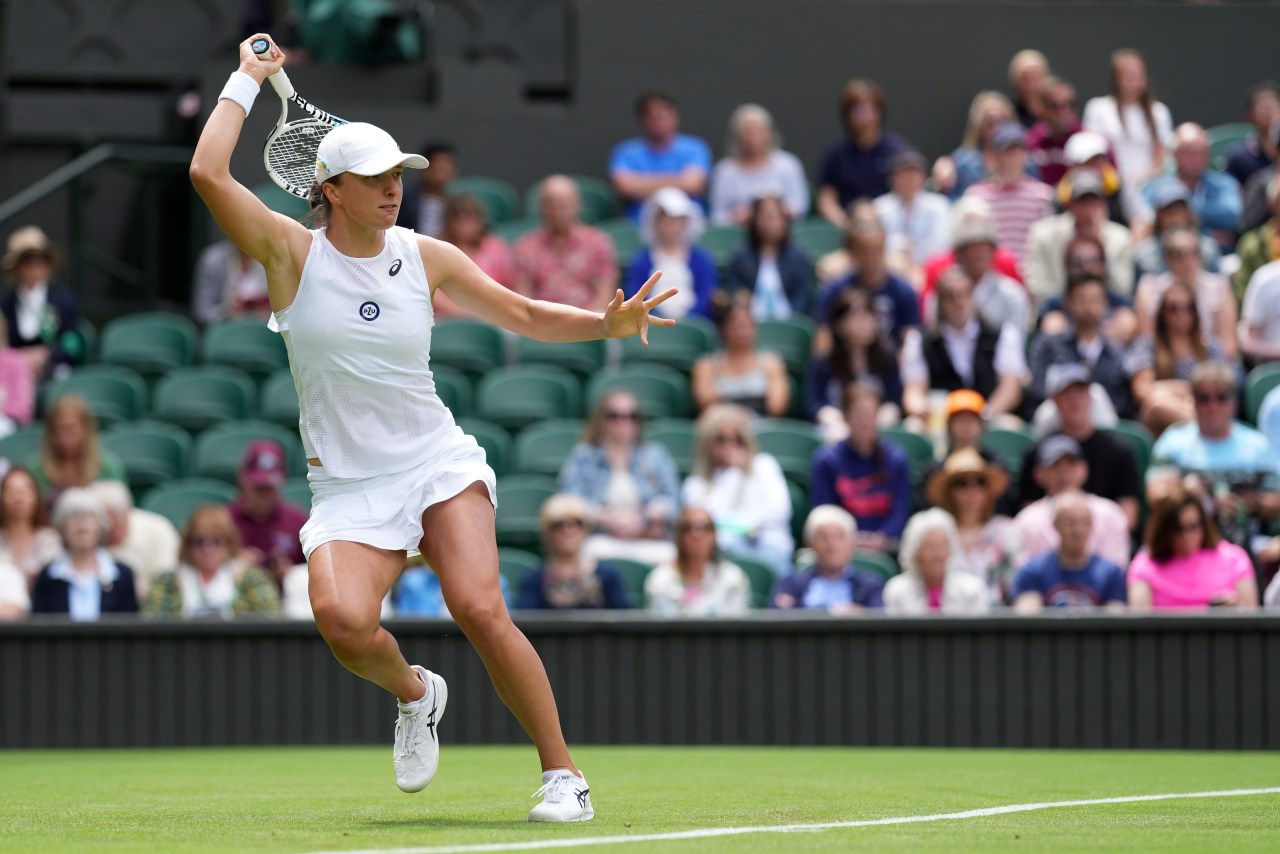 WIMBLEDON, England (AP) — From the red clay of the French Open to the green grass of Wimbledon, the wins keep coming for Iga Swiatek.

The victory was Swiatek’s 36th in row and includes all seven matches she played at this year’s French Open in winning her second title at Roland Garros. It’s the longest winning streak on the women’s tour since 1997, when Martina Hingis won 37.

“It’s my first match on grass this season, so I knew it’s going to be tricky,” Swiatek said on court. “I’m just figuring out how to play here and trying to implement all the stuff that we were practicing on.”

Even with seven-time champion Serena Williams in the draw at the All England Club, Swiatek is the woman to beat. She won five tournaments before heading to Paris in May, earning consecutive titles in Doha, Indian Wells, Miami, Stuttgart and Rome.

Swiatek, again wearing a pin with the colors of Ukraine on her hat, started out like she left off in her last match at the French Open. But she went down 3-1 in the second set before recovering.

“The second set, at the beginning I lost my focus a little bit and she used that pretty well,” Swiatek said.

Barbora Krejcikova, who won the French Open in 2021 to split Swiatek’s two titles there, also advanced to the second round. The 13th-seeded Czech defeated Maryna Zanevska of Belgium 7-6 (4), 6-3.

No. 4 Paula Badosa, No. 5 Maria Sakkari, No. 12 Jelena Ostapenko and No. 33 Shuai Zhang of China also advanced.

Among the seeded player to lose was Olympic champion Belinda Bencic. The 14th-seeded Swiss player lost to Qiang Wang of China 6-4, 5-7, 6-2.

No. 18 Jil Teichmann of Switzerland, No. 20 Amanda Anisimova of the United States and No. 27 Yulia Putintseva of Kazakhstan also lost.

In the men’s draw, No. 18 Grigor Dimitrov of Bulgaria retired from his match with an apparent injury. He was leading Steve Johnson of the United States 6-4, 2-5 when he stopped.