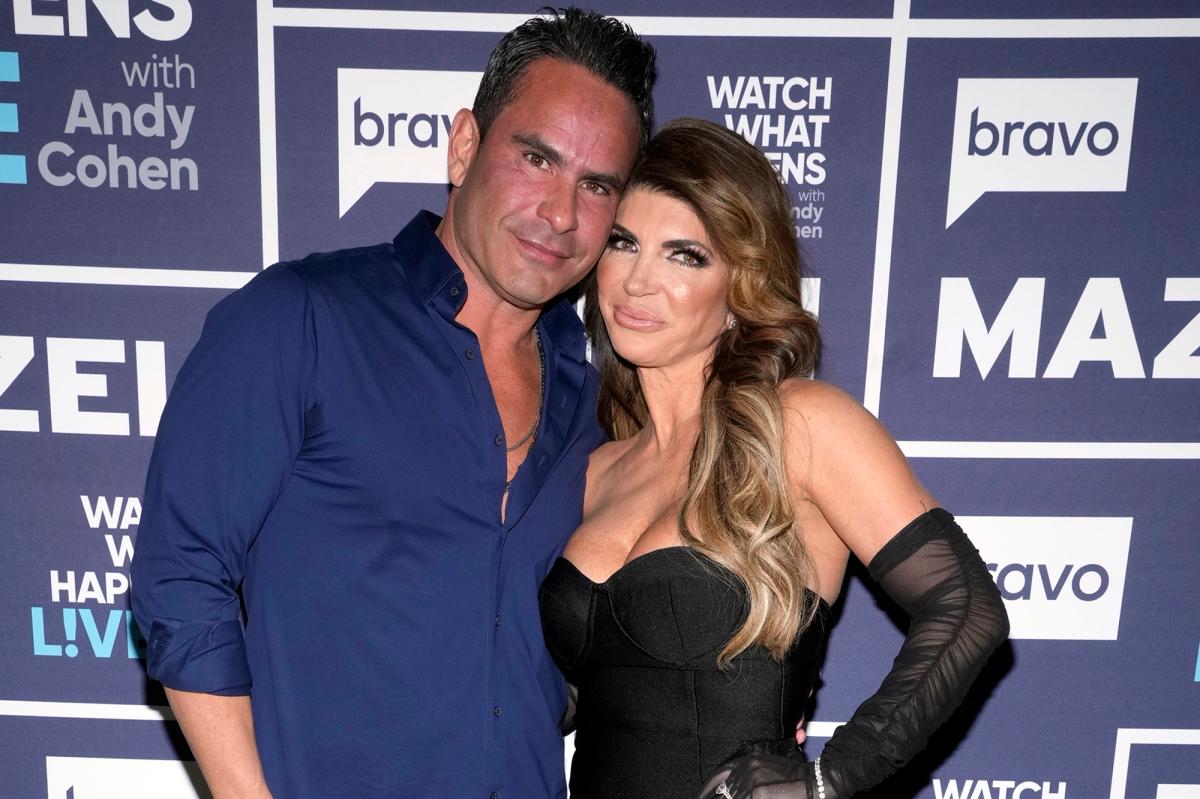 Teresa Giudice’s fiancé, Luis “Louie” Ruelas, allegedly pushed his ex-wife, Marisa DiMartino, into a metal pole during a “heated” argument in 2012, according to a police report exclusively obtained by Page Six.

“[DiMartino] reported that after her estranged husband dropped off the children the two began to argue over finances,” the report states. “The dispute became heated and culminated with [Ruelas] pushing [DiMartino] into a metal support pole in the garage.”

The report, filed on Oct. 5, 2012, one day after the alleged incident, continues, “This action took place in the presence of the couple’s son. [DiMartino] refused medical attention and was adamant that she did not wish to sign a charge.”

Since DiMartino declined to press charges against Ruelas, now 48, no arrest was made for the suspected harassment offense.

The alleged incident took place in Orangetown, NY, where the former couple — who share two teenage sons, Louie Jr. and Nicholas — lived before divorcing a decade ago.

On New Year’s Eve 2010, before they legally dissolved their marriage, DiMartino filed a separate police report — also obtained by Page Six — claiming she and Ruelas had a “verbal dispute” that caused her to leave their family home.

DiMartino declined to press charges, and no arrest was made.

Ruelas and DiMartino’s relationship seemingly made no improvements when they eventually transitioned from spouses to co-parents. According to a third police report obtained by Page Six, DiMartino claimed that Ruelas “shouted names” at her in front of their children during a custody exchange on June 6, 2016.

“My ex husband came to pick up my son [at] approx 6:00. He wanted to exchange words and I did not want to come to [the] door,” DiMartino stated in the report. “He continue [sic] ringing and banging on [the] door till I opened, scaring my other son, [redacted], upstairs.”

The mother of two added, “At drop off he shouted names in front of both children as he sped off with second son who he claims wants to live with him.”

In the same report, DiMartino claimed Ruelas was abusive.

Asked whether Ruelas ever “threatened to kill [her] or [their] children,” DiMartino checked a box for “yes.”

The report shows that she also checked “yes” for the following question: “Has the physical violence increased in frequency or severity over the years?”

Additionally, DiMartino checked “yes” when asked whether Ruelas had been “violently and constantly jealous” of her.

She denied he ever “strangled or choked” her or had “beaten [her] while [she] was pregnant.”

The police report urged officers of the Orangetown Police Department to refer DiMartino to the NYS Domestic and Sexual Violence Hotline if she answered “yes” to any of the questions. It is unclear whether she established contact with the hotline.

Despite her aforementioned claims, DiMartino answered “no” when asked whether there was “reasonable cause to suspect a child may be the victim of abuse, neglect, mistreatment or endangerment.”

Again, no charges were pressed in response to the alleged incident, and an arrest was not made.

While a rep for Giudice and Ruelas could not be reached for comment on the alleged incidents, a source tells Page Six, “Despite going through a divorce several years ago, Louie and Marisa are in a very good place and are both very actively involved with one another in co-parenting their two boys. Marisa has met Teresa, as Joe [Giudice] has met Louie. Everyone gets along. That’s the real story here.”

That said, Ruelas has been in legal hot water in more recent years, too.

In April 2021, Page Six exclusively reported that his ex-fiancée Vanessa Reiser filed legal action against him when their two-year relationship ended in 2020, claiming he would become incensed if they did not have enough sex. The lawsuit was eventually settled out of court for undisclosed terms.

And that was not the only time an ex-fiancée accused Ruelas of having an insatiable appetite for sex. Paula Sanchez — whom the businessman was with from 2011 until 2018 — allegedly felt pressure to make love to Ruelas multiple times a day, a source told us at the time.

“Ninety-nine percent of their fights were because he was complaining that they weren’t having enough sex,” the insider said. “If they had sex like four times in one day, there was a complaint.”

Responding to the “sex-obsessed” allegations at the recent “Real Housewives of New Jersey” reunion, Ruelas confessed to host Andy Cohen, “I can’t have sex four times a day.”

In a previous statement to Page Six, a rep for Ruelas said of his exes’ claims, “These people need to get a life and move on. He has, it’s time for them to do the same.”

A subsequent police report obtained by Page Six revealed that Ruelas was charged with simple assault following a road rage incident in Allendale, NJ, in August 2018.

Then, this March, Page Six reported that several people have sued Ruelas and his company, Digital Media Solutions, over allegedly illegal practices.

The myriad of headlines were dissected throughout the last season of “RHONJ,” the Bravo reality show on which Ruelas’ future bride, Teresa, 50, has starred for 12 seasons.

Talk of the mounting scandals infuriated Teresa, who frequently lashed out at her castmates — namely Margaret Josephs — for raising questions about Ruelas’ alleged past.

On part three of the Season 12 reunion, Ruelas revealed that he was let go from his company due to all of the negative press but insisted he has no hard feelings — not even for Josephs, 55, whom Teresa has accused of leaking information about Ruelas to “bloggers.”

“Everybody’s doing their job and everybody’s talking about what’s going on and what’s being put out there,” he said. “I’m in a very uncomfortable situation. Just in the future, let’s try to communicate if we can because I don’t want trauma in my life.”

Responding to online speculation about previous “arguments” with DiMartino during their divorce, Ruelas said, “If I’m the only guy in America that basically had arguments with his wife and she basically walks in and calls the police, that’s the extent of it.”

He insisted, however, that he has never “hit” DiMartino.

Teresa and Ruelas got engaged in Greece in October 2021 after dating for just over one year. Around the same time, the couple moved into a $3.35 million Montville, NJ, home with their six combined children. They are set to tie the knot later this summer in the Garden State.

The OG Bravolebrity shares daughters Gia, 21, Gabriella, 18, Milania, 16, and Audriana, 12, with ex-husband Joe, 50, from whom she finalized her divorce in September 2020. Giudice and Ruelas began dating that November.

If you or someone you know are experiencing domestic violence, please call the National Domestic Violence Hotline at 1-800-799-7233 for confidential support.