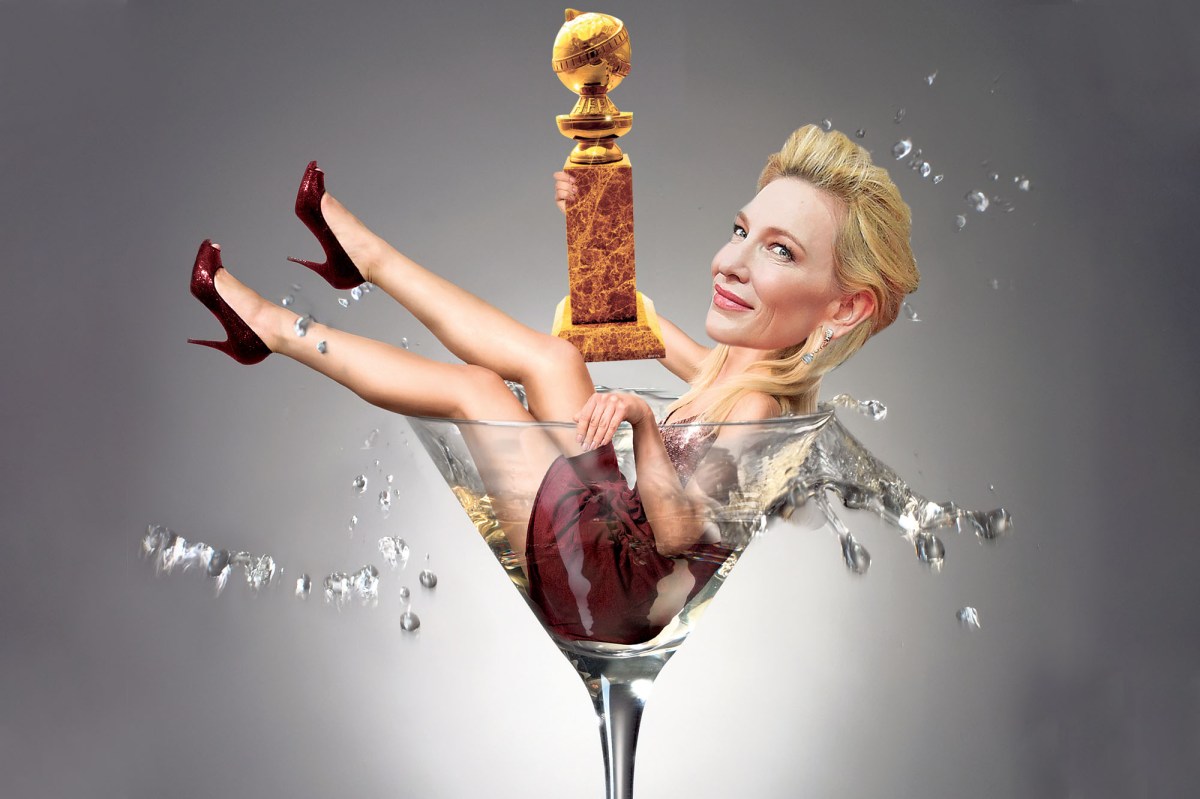 It’s not like actors are a particularly shy bunch. But give them some drinks and some praise, and you’ve got some of the loosest lips around. And that was always the magic of the Golden Globes.

“This red? It’s my blood,” said Emma Thompson — onstage to the best screenplay award in 2014 — as she clutched her scarlet-soled Louboutins in one hand and a martini in the other. Without a hand to open the envelope, she finally had to toss the shoes over the shoulder.

And while the 79th annual Globes ceremony will be virtual on Sun., Jan. 9, 2022, that doesn’t mean it will be any less boozy. (NBC declined to air the awards this year, amidst controversies within organizing body the Hollywood Foreign Press Association, but they’ll be streamed at GoldenGlobes.com.)

“It means they will likely be drinking more!” one well-known Hollywood hotel bartender told The Post ahead of 2021’s virtual ceremony. “And they can go sleep it off the minute the show’s over. No party trawling through the Hilton till 3 am.”

There may not be many — or any — celebrities in attendance this year but, in the past, the Globes have truly been a party, bringing together the biggest names in film and TV. Rather than theater-style seats, the stars would gather at big round tables with their castmates, where they were served dinner and cocktails. And lots of Champagne.

Moët & Chandon had been the official Champagne of the Globes for 30 years, even serving up little bottles — outfitted with a special drinking funnel for portability — on the red carpet. On a normal year, 7,500 glasses of Champagne were consumed at the Globes.

“Probably the best thing about the long, long, long show was the free drinks,” said Sandra Bullock after the 2009 ceremony.

The history of boozing it up at the Golden Globes goes back to its earliest days, as the show was often held inside famed nightclubs like Ciro’s and the Cocoanut Grove.

Back in 1958, the first year the awards were televised, Rat Packers Frank Sinatra, Dean Martin and Sammy Davis Jr. — with whiskey and smokes in hand — spontaneously jumped onto the stage to sloppily present the honors themselves.  That led to the addition of celeb hosts for the ceremony.

The first public admission of Globes drunkenness was by Walter Matthau, presenting in 1973: “If everyone seems to be acting peculiar, it’s because we haven’t eaten yet — and all there is on the table is booze.”

Matt Damon and a pre-rehab Ben Affleck were emerging stars when they won best screenplay in 1998, but that didn’t keep them from drunkenly flirting Elizabeth Hurley backstage (she’d also had a few).

Matt Damon and Ben Affleck at the 1998 Golden Globes

An unsteady Jack Nicholson, taking home a Globe for “About Schmidt” in 2003, admitted to taking a Valium during his incoherent speech but didn’t mention how many champers he had imbibed along with it.

Clearly, Quentin Tarantino wasn’t prepared in 2013 when the camera shot to him as nominees for best director were read. Upon hearing his name, he did a spit take, champagne shooting out of his mouth.

For whatever reason, 2014 was a particularly sloshed year. Besides shoeless Emma Thompson, you had presenter Jacqueline Bisset’s notorious prattling, which was attributed by the media to more than a few flutes of Champagne. And after Cate Blanchett won best actress she admitted to the Telegraph: “Unfortunately my category came up rather late in the evening so I was a couple of sheets to the wind.”

Emma Thompson at the 2014 Golden Globes

And that’s not even counting the afterparties. That same year, Sofia Vergara claimed she was too drunk to take photos — but not to dance — at the HBO post-Globes bash.

In fact, by the time the show’s done and the afterparties start, it’s all over for some attendees. In 2012, “The Guard” nominee Brendan Gleeson brought his tipsy wife Mary to the HBO party, only to have to get her carried out later by several men.