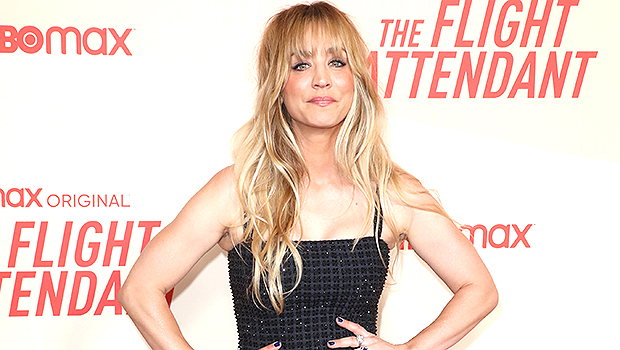 Emmy-nominated actress Kaley Cuoco, 36, has enjoyed a successful career, appearing in several huge shows including 8 Simple Rules, The Big Bang Theory, and The Flight Attendant. She’s also made headlines over the years for her love life. The California native has had two unsuccessful marriages: her first to Ryan Sweeting, 34, to who she was wed between 2013 and 2016, and her second to Karl Cook, 29, which took place between 2018 and 2021.

And even though she revealed she would “never get married again” in an April 2022 interview with Glamour, she hasn’t closed her heart off completely and is dating again. In fact, she also told Glamour she would love to find someone to “have a long-lasting relationship or a partnership” with. So, who has she dated, and does anyone currently have her heart? Read on to learn about all her boyfriends.

Kaley Cuoco — Photos Of The Actress

Kaley and Canadian actor Kevin Zegers, 37, met while shooting The Hollow in 2003 and dated for about a year.  Kevin is most identifiable from the Air Bud films and as Damian Daalgard in Gossip Girl. Kevin married talent agent Jaime Feld in 2013 after six years of dating. Two years later, Jaime gave birth to twin girls, Zoe Madison and Blake Everleigh Zegers.

Ariana Grande’s Mom: Everything To Know About Joan Grande

Kaley and Thad Luckinbill, 47, briefly dated in 2004. He is best known for starring in the hit CBS soap opera The Young and the Restless for just over a decade. He also made a few appearances on 8 Simple Rules as Donny Doyle, who played the love interest of Kayley’s character, Bridget Hennessy. Thad married actress and The Young and the Restless co-star Amelia Heinle in 2007. They have since welcomed two kids together.

Country singer Jaron Lowenstein, 48, who was part of the musician duo Evan and Jaron with his twin brother, caught Kaley’s attention and dated her between 2005 and 2006. He has not released music since 2010. In his Instagram bio, he claimed to be a two-time “one-hit-wonder.” He does not appear to be married, but he has two young children, who he gushed about in November 2020. “Happy birthday to my little 2 year old singer, Poppy. Jury is still out on whether her 7 month old sister (Beckley) has any talent but she’s a good listener. I love my kids so much. I’m not saying they’re the cutest kids ever, but they’re definitely not the ugliest. Hashtag blessed,” he sweetly wrote.

Actor and producer Al Santos, 45, was linked to Kaley in 2007, but they never confirmed their relationship. He is best known for his role in the 2001 TV series Grosse Pointe.

Similar to Al and Kaley’s relationship, a romance between Kaley and Josh Henderson, 40, was also never confirmed publicly. Josh appeared on 8 Simple Things with Kaley in 2002, but dating rumors began in 2007. Some of his most notable acting credits include the TV series Desperate Housewives, The Arrangement, and Dallas.

Johnny Galecki, 47, and Kaley starred in 12 seasons of The Big Bang Theory together as on-again-off-again couple Leonard and Penny. They also dated between 2007 and 2009 but kept it largely under wraps. “It was such a huge part of my life, and no one knew about it,” Kaley said in an interview with CBS Watch (via Today). “It was a wonderful relationship, but we never spoke a word about it and never went anywhere together.”

Opening up about the relationship again in 2019, Kaley confirmed that there were never any bad feelings and the breakup was mutual. “Johnny and I were friends first, then obviously we dated. When we broke up, it was funny because that was when our relationship on the show was hot and heavy. There were a lot of bed scenes. We were a little like, ‘We were trying to end the relationship and it kept falling back in,’” she recalled to Haute Living. “We got over it really fast, and we’re closer than ever now. It could have gone either way, and I was really proud of us.”

There is very little known about the relationship between Kaley and addiction specialist Josh ‘Lazie’ Resnik. The main points are that they dated, got engaged in October 2011, and then called it off shortly after. They gave no details about what went down.

Kaley moved on from her relationship with Josh with actor and Annie Automatic musician Christopher French, 40. They dated between 2011 and 2012. In a video they created to support the Humane Society, Kaley called Chirs her “incredible boyfriend.” The video also included their rendition of “Somewhere Over the Rainbow,” in which Kaley sang and Chris played guitar.

Aside from being a multi-talented artist, Chris is known for being the husband of former Disney Channel star Ashley Tisdale, 36. The two wed in 2014 and welcomed a daughter named Jupiter Iris in 2021. Chris is not shy about professing his love for his family and shared a sweet tribute to them on Instagram on Valentine’s Day 2022. “Happy Valentine’s Day to the 2 loves of my life. I still can’t believe I get to call them my forever valentines,” he wrote alongside a snap of Ashley holding Jupiter. “I’m so lucky.”

Moving on to another musician, Kaley dated Pepper musician Bret Bollinger, 44, between 2012 and 2013. They confirmed their romance when they packed on the PDA at a Lakers vs. Trailblazers basketball game in Los Angeles in March 2012. The singer and bassist is still touring with Pepper and does not appear to be in a relationship.

Haley and real-life Superman Henry Cavill, 38, dated very briefly in July 2013. It seems that the Man of Steel star’s fame was a bit overwhelming for Kaley, making their relationship stressful. “I had no one following me until I met Superman,” the Big Bang Theory star revealed to Cosmopolitan in 2014. “I’ve been in this business for 20 years, and my whole life, I could go anywhere, do anything. There had not been one paparazzi photo of me until like several months ago. The recognition was crazy.”

Henry has since moved on with girlfriend Natalie Viscuso, who seems to be his No. 1 supporter by a quick look at her social media page. Henry confirmed the romance in a May 2021 Instagram post. Addressing the “animosity” he was noticing on his feed regarding his professional and private relationships, he asked people to quit their rude remarks. “Let’s embrace this age of social enlightenment together, and move forward with positivity. I am very happy in love, and in life,” he said alongside a selfie with Natalie. “I’d be enormously grateful if you were happy with me. If you can’t bring yourself to be happy with me, then at the very least try to do yourself proud and be the best version of yourself.”

Kaley began seeing British actor Paul Blackthorne, 53, about three months after filing for divorce from her first husband, Ryan Sweeting, in 2015. In November of that year, she shared a snapshot of herself wearing a t-shirt meant to support Paul’s conservation charity. “Help my friend @paulblackthorne @airshepherd #KeepRhinosHorny,” she wrote, flashing a thumbs up at the camera.

Kaley went public with her romance with Tom Pelphrey, 39, through a May 3 carousel of PDA-filled pictures and snapshots from a mountain getaway she shared on Instagram. “Life lately… ‘the sun breaks through the clouds, rays of gold slipping into my eyes and heart, rays of yellow to break the grey,’” she captioned the photos. One of the photos showed Tom sweetly kissing her on the cheek.

Tom is best known for his roles in soap operas Guiding Light and As the World Turns and as Ben Davis in the Netflix original series Ozark.