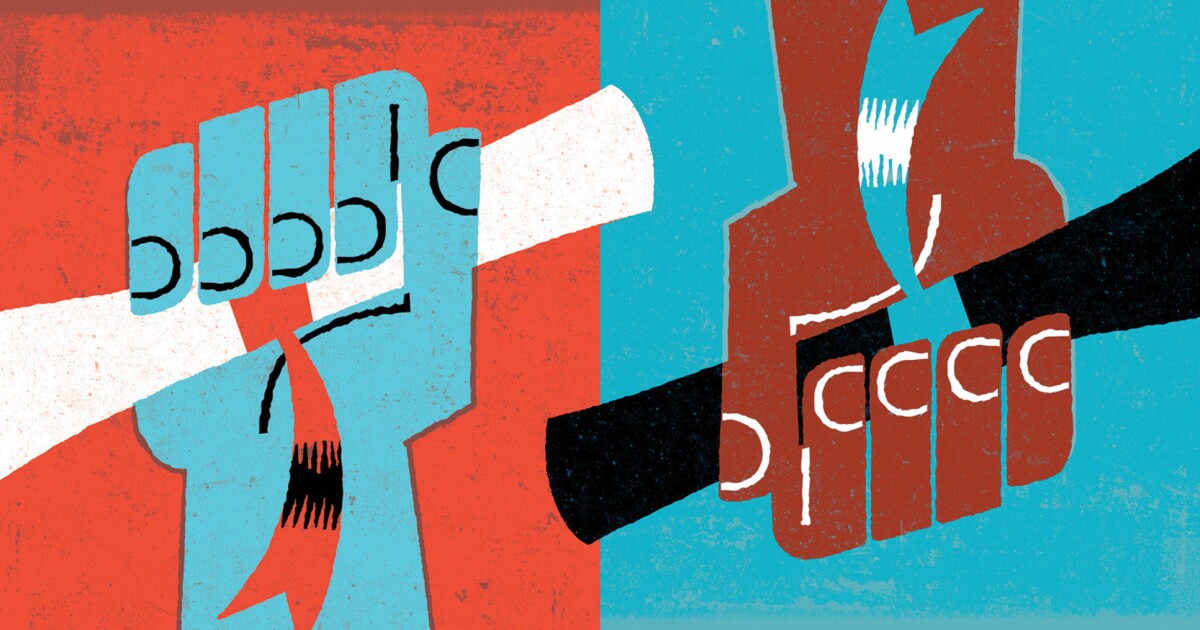 ollege degrees are assets. Or at least they are sufficiently asset-like that many people are willing to borrow large amounts of money to obtain them. Degrees unlock valuable parts of the labor market and yield returns in the form of additional compensation that can be used to make loan payments.

Degrees are, like homes, critical milestones on the standard path to prosperity. Because people tend to get their first degrees and homes earlier in adult life, when they have fewer financial assets and less established credit, it makes sense for the government to subsidize the loans used to acquire them.

But degrees are also not assets, in the traditional sense of the word. By too fully embracing the degree-as-an-asset idea, we have created a higher-education policy architecture that doesn’t work in important ways.

Traditional financial assets are fungible. You can sell one and use the money to buy another. When retail investors purchase stock in a company, they probably care very little for the corporate-governance voting rights that come with their shares. Dividends matter, sometimes. Mostly, the price is the thing that matters.

That’s why asset-minded policy makers often see higher-education policy almost exclusively in terms of prices. To help students, make college cheaper or free. Lower the cost of borrowing by subsidizing interest to below-market rates. Forgive outstanding debt after a certain number of affordable payments — or maybe just all at once.

College degrees are like a combination of services and intellectual property provided by a private free market that is chronically prone to failure.

That’s also why policy makers who are less inclined toward free tuition and mass loan forgiveness see college debt in classically moralistic financial terms. Students willingly chose to borrow money to purchase something valuable, the thinking goes, just like an automobile or a home. So they should pay their loans back and be subject to the mercies of the debt-collection industry if they don’t.

But degrees aren’t fungible — at all. They cannot be resold or foreclosed upon or bundled or securitized. They do not, by themselves, yield anything, other than memories, sometimes fond. People cannot sell degrees and use the proceeds to repay their loans. College debts are all but nondischargable in bankruptcy precisely because banks feel vulnerable to the inability to repossess diplomas.

The generic nature of easily converted financial assets has crept into the language we use to describe higher education. A thousand think pieces have pondered, “Is college worth it?” College, singular? Just one? Does anyone ask, “Is a car worth it?”

The unitary college of this formulation is, in the popular mind, a single system in which students are individually matched to the right institutional “fit” and tuition charges and financial-aid packages simply reflect a straightforward combination of what education costs to provide and what families can afford to pay. While admissions criteria may vary, academic standards are enforced throughout.

The evidence of that failure can be seen in the one million people who default on their student loans every year, compared to the approximately zero people who enroll in college thinking that default is a likely outcome.

Why do they default? Often, it’s because their so-called asset isn’t yielding the promised returns. According to the U.S. Department of Education’s College Scorecard, there are over 780 institutions where fewer than one-third of students have annual earnings above $25,000 six years after beginning college.

In fairness, there are a lot of branch campuses of shady for-profit beauty schools in that cohort. But raise the standard from one-third to one-half, and hundreds of public institutions, mostly community colleges and regional four-year universities, enter the mix. At Eastern New Mexico University, only 46 percent
of students exceed the $25,000 earnings threshold. Seventy-three percent of debtors there are in default, delinquency, deferment, forbearance, or otherwise not making progress paying down their loans two year after leaving school. Industrywide, debt and default numbers are especially dire for Black students.

Why do people enroll in colleges where impoverishment and financial calamity are the most likely outcomes? Because it’s hard to see inside a college while standing on the outside, particularly if neither you nor anyone you know has been to one before. Undergraduate education is relational, interior, and contingent, not something you can touch and feel. It also only happens once, unlike a neighborhood restaurant you won’t return to if they serve you a bad meal. And in many less-populated areas, there may be only one public institution to attend.

Students, moreover, do not want a caveat emptor relationship with higher education. There are certain people in this life whom you want to trust: your doctor, your priest, your teacher. Students choosing colleges do not go searching for evidence they might be mistreated, which we know because all of the damning facts cited above about earnings and loan repayment are available on a high-profile website designed specifically to facilitate college choice, yet students keep enrolling into those colleges anyway.

All of which means that if we want college degrees to consistently and robustly perform more like the assets everyone already thinks they are, the government needs to provide more of the hard-nosed skepticism that consumers will not.

The Obama administration tried to do this by imposing a common-sense rule that students can’t use their federal grants and loans to attend for-profit programs that chronically fail to provide students with degrees that yield enough money to pay back their loans. The fact that this rule was fiercely contested in Congress and the courts before being shredded by the for-profit-college lobbyists that former Education Secretary Betsy DeVos hired to run federal higher-education policy during the Trump administration belies the fact that the Obama standards were mild to the point of permissiveness and did not even apply to most college programs.

If we want college degrees to perform more like assets, the government needs to provide more of the hard-nosed skepticism that consumers will not.

The rules did nothing to rein in the fast-growing and almost entirely unregulated market for professional master’s degrees provided by public and nonprofit universities, a sector increasingly driven by fully online programs run by corporations that act as silent partners and marketing middlemen for brand-name institutions, in exchange for the lion’s share of the profits.

Colleges will complain that the best of what they do for students cannot be reduced to percentages and dollar amounts. That’s true. But the worst of what colleges do to students absolutely can.

For college degrees to really pay off for everyone — to actually translate into a financial asset, especially for lower-income and first-generation students who are most sensitive to education quality and most vulnerable to exploitation — the federal government needs to construct a strong floor of consumer protection that applies to all colleges, great and small.

A version of this essay originally appeared in The Future of Building Wealth: Brief Essays on the Best Ideas to Build Wealth — for Everyone, published by the Federal Reserve Bank of St. Louis (2021).