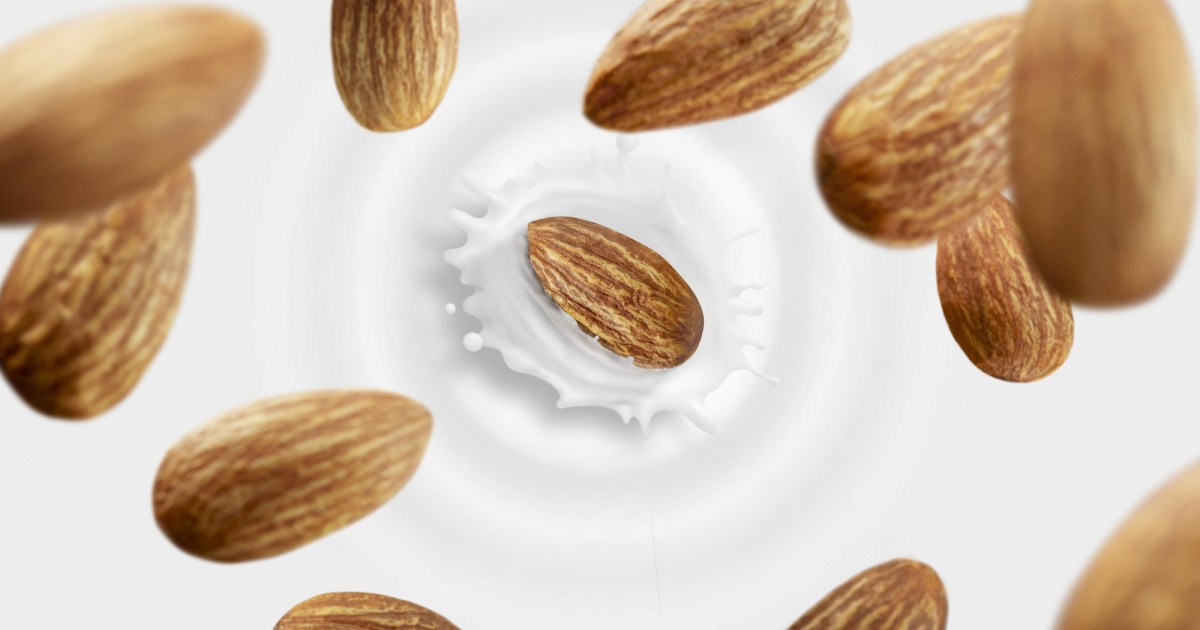 Is it milk? Aditya Ali/EyeEm/Getty

Facts matter: Sign up for the free Mother Jones Daily newsletter. Support our nonprofit reporting. Subscribe to our print magazine.

When you drop a box of almond milk into your shopping cart, or order an oat-milk latte, are you being bamboozled? That’s the contention of Big Dairy, which has been pressing its friends in Congress and the US Food and Drug Administration to reserve the name “milk” for fluids extracted from the mammary glands of animals. The FDA, which regulates food labeling, appears poised to grant the industry its wish.

The argument, as the National Federation of Milk Producers put it a 2019 comment to the FDA, is that the existence of almond, etc., “milk” (as opposed to, say, “almond beverage”) means that we’re “being misled about the nutritional content of plant-based imitators relative to real dairy products,” thereby “causing harm to our nation’s children and, potentially, other consumers.” As the federation argues, a cup of dairy milk, for example, contains 8 grams of protein, and the word “milk” makes consumers think they should get the same from an equal amount of almond “milk,” which typically delivers just 1 gram of protein. What a ripoff, the logic goes, one that could supposedly contribute to a nutritional crisis.

The DAIRY PRIDE Act would force the FDA to crack down on plant-based alternatives.

Back in March, the FDA submitted a draft policy regarding the “labeling of plant-based milk alternatives” to the Office of Management and Budget, which must approve rule changes. While the document has not been made public, the FDA would likely not have filed it without intending to change the status quo. In testimony before the US Senate on April 28, commissioner Robert Califf indicated he agreed with the dairy industry’s line. Consumers aren’t “very equipped to deal with what’s the nutritional value of non-dairy milk alternatives,” he said. Asked about changing the FDA’s policy on affixing the milk label to non-dairy drinks, he said: “We’re moving along quickly and it’s a priority to get this done, so I can assure you it will get done.”

These answers must have delighted several of the assembled dairy-state senators, including Sens. Tammy Baldwin (D.-Wisc). and Mike Crapo (R-Idaho), co-sponsors of the 2021″Defending Against Imitations and Replacements of Yogurt, milk, and cheese to Promote Regular Intake of Dairy Everyday Act,” which would force the FDA to crack down on plant-based alternative companies that were labeling their products “milk.”

Others on the Hill are less impressed. In a statement to Mother Jones, Sen. Cory Booker (D.-N.J.) expressed surprise that the FDA would place such a priority on tweaking names of popular beverages at a time when the agency has come under scathing criticism for neglecting the food part of its mandate. Booker pointed to a blockbuster April 8 investigation by Politico reporter Helena Bottemiller Evich which found that “regulating food is simply not a high priority at the agency, where drugs and other medical products dominate, both in budget and bandwidth—a dynamic that’s only been exacerbated during the pandemic.” She added: “Over the years, the food side of FDA has been so ignored and grown so dysfunctional that even former FDA commissioners readily acknowledged problems in interviews.”

An official high up in the agency essentially agreed with her critique, Bottemiller Evich reports. The agency has “too many programs and not enough resources,” Janet Woodcock, FDA’s principal deputy commissioner, told her, “and the mismatch is profound.” As for the food division, it’s “really important, but it’s very under-resourced.”

And yet the FDA has apparently found time to intervene on behalf of the dairy industry to deliver one of its main lobbying goals. “For too long the FDA has failed to take action to address the nutrition crisis we are facing in our country,” Booker said, referring to rising levels of diet-related illnesses like Type 2 diabetes, attributed to consumption of lightly regulated ultra-processed foods. “Rather than using their regulatory authority to protect consumers, FDA instead now appears poised—in a blatant example of regulatory capture after years of dairy industry pressure—to take action solely for the purpose of protecting market share for conventional milk. I am deeply concerned by the FDA’s misguided priorities, and hope that the Office of Management and Budget will return the proposed guidance to the FDA for reconsideration.” The budget office declined to comment on its timeline for deciding on the FDA’s proposal.

In a letter to the OMB released May 19, Booke joined forces with Sen. Mike Lee (R.-Utah),and Reps. Julia Brownley (D.-Calif.) and Nancy Mace (R.-S.C.) to make a similar plea that OMB squash any plan to crack down on the labeling of plant-based milks. They pointed to a 2017 federal court decision rejecting the dairy industry’s claim that consumers can’t assess the nutritional differences between dairy and non-dairy products.

“Rather than using their regulatory authority to protect consumers, FDA instead now appears poised…to take action solely for the purpose of protecting market share for conventional milk.”

For me, Big Dairy’s fixation on hoarding the “milk” name is as puzzling as Califf’s decision to make the topic a priority right now. Cow milk consumption has been declining for decades, since long before the almond milk surge of the early 2010s and the more recent oat milk boom. In 1945, Americans on average quaffed 45 gallons of dairy milk annually per capita, which translates to an impressive 2.3 cups daily. That turned out to be the peak preceding a long and steady downward slope. Now, 77 years later, we consume just 0.57 cups daily, and falling, nearly half of it in cereal or mixed into other beverages like coffee.

After decades as a fringe food found mainly in health food stores, dairy-free alternatives began to soar in popularity during the 21st century, and now account for 15 percent of “all dollar sales of retail milk,” according to the vegan think-tank The Good Food Institute. Even so, Big Dairy can’t blame the rise of alternatives for even the recent decline of milk. A 2020 study by USDA researchers found that the “increase in sales over 2013 to 2017 of plant-based options is one-fifth the size of the decrease in Americans’ purchases of cow’s milk.” It concluded that “sales of plant-based milk alternatives are contributing to—but not a primary driver of—declining sales of cow’s milk.”

Nor is there evidence that America’s turn away from milk as a beverage has exacted negative nutritional consequences. Dietary intake of calcium, the product’s signature nutrient, steadily increased for all age groups between 1994 and 2010, a USDA study found, even as per capita milk consumption dwindled. Similarly, cow milk offers multiple times the protein of most of its plant-based rivals; but as we’ve turned away from it, signs of a protein deficiency in our diets have not developed.

In short, the battle over what to call the stuff we rely on to enhance coffee and cereal looks a lot like a tempest in a cappuccino cup. The FDA has more burning issues to tend to. Like, say, the current baby formula crisis. And so does the dairy industry—including the problem of chronic overproduction.